In 1836 Joseph Smith and Sidney Rigdon illegally began a bank (without a charter) named The Kirtland Safety Society. Hoping to escape prosecution they changed it to The Kirtland Anti-Banking Company. Some of the currency was modified so that the word BANK was changed to read anti- BANK ing Co.

Mormons bought into this venture because Joseph Smith was thought of as a Prophet among the faithful. They were also convinced it was an institution which was inspired of God, and that in time it would be the greatest financial venture in the world.

The Kirtland Safety Society began with borrowed money and it was mismanaged; the funds were squandered.

“In the bank they kept eight or nine window-glass boxes, which seemed to be full of silver; but the initiated knew very well that they were full of sand, only the top being covered with 50-cent pieces. The effect of those boxes was like magic; they created general confidence in the solidity of the bank, and that beautiful paper money went like hot cakes. For about a month it was the best money in the country.”

Joseph Smith was arrested seven times in four months because of this fraudulent escapade. Still, the faithful raised the $38,428.00 needed for bail. All was not well.

Martin Harris, one of the three witnesses to the Book of Mormon said that “the Kirtland Bank was a swindle” and it was at that time that he began to realize that Joseph Smith was not the man of God he pretended to be.

Things went from bad to worse. Joseph Smith disfellowshipped and/or excommunicated many leaders in the Church. Apostle Heber C. Kimball stated that at this time:

“There were not twenty persons on earth than would declare that Joseph Smith was a prophet of God.

“A writ was sworn out by authorities in Kirtland accusing Smith and Rigdon of illegal banking and issuing unauthorized bank paper.”

Both Joseph Smith and Sydney Rigdon were eventually prosecuted.

“They were found guilty of violating state banking laws and fined $1,000 each, plus small costs. As Mormon historian B.H. Roberts concisely stated in his history of the church, ‘The Kirtland Safety Society enterprise ended disastrously.’”

By 1842 Joseph Smith’s personal debt exceeded $100,000.00. He filed for bankruptcy on 28 April 1842 to discharge him of these debts, but was denied the discharge as it was discovered that he fraudulently transferred property to his wife and others. 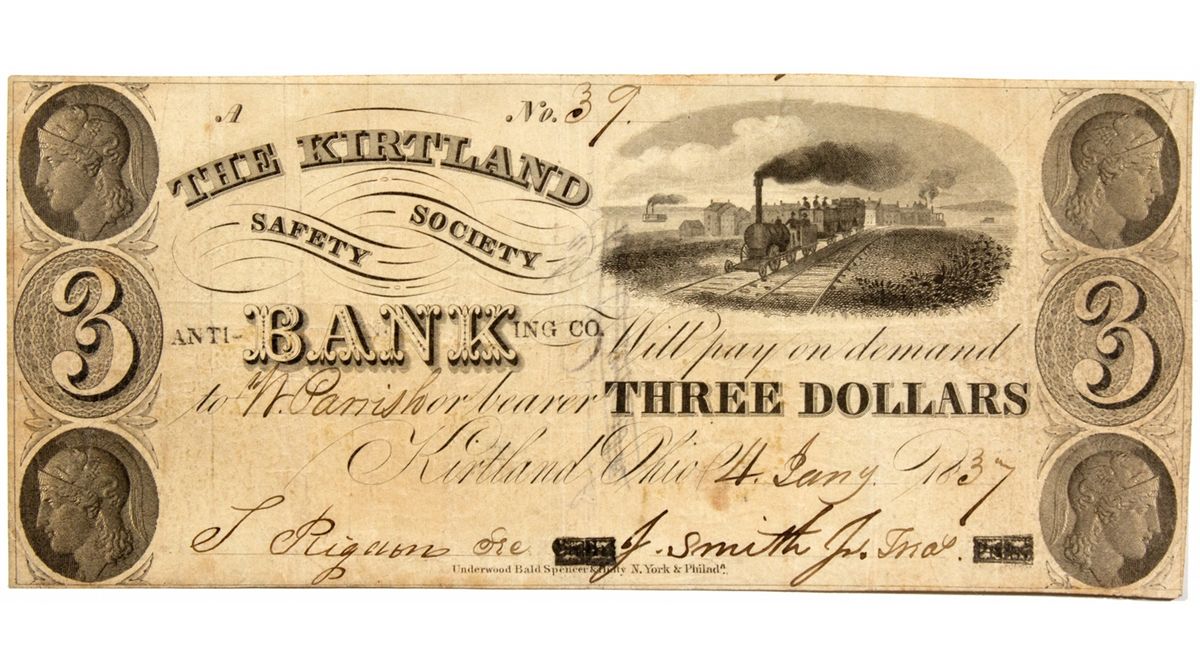