JESUS AND SATAN ARE BROTHERS?

Do Mormons believe Jesus and Satan were brothers in the Pre-Existence? Yes. Does the Church attempt to tap-dance around this basic question? Yes.

CLAIM: Anti-Mormons surely must realize that any knowledgeable student of LDS doctrine will not be shocked by questions about the relationship between Christ and Satan since they will know the truth: Mormons believe all of the spirits created by our Heavenly Father are brothers and sisters, including every human that has ever lived and every angel, whether good or bad.

RESPONSE: This is both true and slippery; everyone acquainted with the doctrines of Mormonism also understands the church’s concept of the pre-existence. This is an easily detected maneuver to draw attention away from Satan into a more favorable and loving idea: “all of the spirits created by our Heavenly Father are brothers and sisters, including every human that has ever lived and every angel, whether good or bad.”

No explanation is ever given within Mormonism to help us understand how the action of ‘bad’ was ever conceived. There seems to be this unspoken notion that bad or evil began in the pre-existence, which is a place that most Mormons don’t think of as being the birthplace of ‘naughty.’ Yet, we’re to understand that this is where Lucifer began to get an attitude.

The entire discussion could end if the questioner simply stated the following Mormon Doctrine: We were all spirit brothers and sisters before we were born into this life. Two of the most faithful spirits in heaven were Jesus and the Devil. Satan was in a better spiritual and political position than any other spirit, except for his brother Jesus. A battle was fought in heaven (really?) and Jesus + his agenda were accepted by his Heavenly Father (no one ever questions whether or not the Father would have accepted Satan’s plan if he won the battle). Satan’s plan was built on equality, while Jesus’ plan was built on choice. Both seem like viable options, and seemingly better together. But somehow there seems to be no possibility of compromise in the Mormon pre-existence.

There was a time when the LDS Church believed ‘Free Agency’ was a better plan than dictated obedience. Since the late twentieth century there has been a distinct shift away from the idea of freedom and choice, and more toward a lockdown of non-thought and total obedience.

CLAIM: In order to explain this concept to those who are new to LDS beliefs, we must first lay some groundwork to understand Christ’s relationship to his Father and to us and discover how Lucifer came to be Satan.

RESPONSE: Satan (or the Devil) never was the biblical Lucifer.

CLAIM: Latter-day Saints believe Jesus Christ holds a preeminent position among all pre-existent spirits. Paul indicates that He was called the “first begotten” by the Father and the angels of God were commanded to worship Him. Because Mormons believe that we are also spirit children of this same Heavenly Father, we believe Jesus may properly be referred to as our “spirit brother or elder brother.” Although the scriptures refer to Jesus Christ as the “firstborn among many brethren” and the “Firstborn of every creature,” this idea is foreign to many Christians. They often try to rationalize these scriptures by arguing that Christ was the “first fruits” of the resurrection and therefore was “firstborn” in that sense. This is also true, but a careful analysis of the scriptures noted above reveals that Jesus Christ’s pre-eminence as firstborn relates to His own pre-existence and that of man. Significantly, The book of Revelation affirms that Jesus Christ was “Amen the faithful and true witness, the beginning of the creation of God.” He was the first of all the spirit progeny of our Father in Heaven and thus our elder brother. When men follow him and become one with him, “he is not ashamed to call them brethren.”

RESPONSE: This all makes perfect sense to the mind of the average LDS person. Unfortunately, it brushes aside conventional wisdom and assumes Mormon thought is the higher ground.

Many Christians feel that Jesus existed before his birth in the flesh because he was God, not because of the LDS notion that everyone else did too.

We’re treated to a half-dozen or so commonly quoted (LDS favorite) verses from the New Testament which help prove the point (to Mormons). Strangely, Psalms 89:27 is included; which will not be viewed favorably by Jewish believers.

The LDS Church attempts to project the idea of brotherhood in a literal manner because it is taught in other LDS scripture; it is not an altogether slam-dunk idea to many Christians.

Hebrews is quoted in an attempt at justification: “he is not ashamed to call them brethren.” If you are literally someone’s brother you have a blood connection to them; you have no other option than to call them your brother. This verse seems very clear that Jesus has a choice, and it is explaining brotherhood under the umbrella of the gospel, and not in any literal sense.

CLAIM: The concept that Christ’s spirit was organized by our Father in Heaven is difficult for many Christians to accept because they have been taught that Christ is eternal in the same sense as God the Father. At first glance the LDS doctrine seems to contradict that eternal nature. Modern scripture helps us understand this concept.

RESPONSE: Having thought the reader has been adequately lulled into the confusion between the Bible and LDS Scripture, the gifted LDS debater attempts to mingle additional Mormon scripture at an alarmingly frequent rate.

We’ve already been deceptively led into an unspoken notion that it’s OK to do this, but the truth is that it’s a tactic which is used masterfully by Mormons to weave their opinions in and to label it as Modern Scripture.

If an LDS missionary is having a conversation with you; you must insist they make their points using the Bible and not the words of LDS authorities or LDS Scripture.

It is not possible to establish that Jesus and Satan are brothers by using the Bible alone. Mormons rely on the opinions of LDS leaders and LDS scripture to do this. They believe the words of the current LDS prophet(s) not only trump all LDS canonized scripture, but also the Bible.

When a Mormon says, “At first glance the LDS doctrine seems to contradict that eternal nature. Modern scripture helps us understand this concept” what they are really saying is this: “There is no way I can convince a devout Christian that Mormonism is true unless you accept the fact that Joseph Smith was a prophet of God. Furthermore, if you don’t accept Joseph then I can’t go any further since everything I’m about to tell you is based on what he said.”

We’ve all had the misfortune of being “taken” by a crafty salesman or an elaborate advertising scheme. Mormons proudly work on perfecting this art. It may not be your soul that’s at stake, but it could wind up being a significant amount of your time and energy, and more importantly, your personal liberties.

In the Book of Abraham we are told, “Howbeit that he made the greater star; as, also, if there be two spirits, and one shall be more intelligent than the other, yet these two spirits, notwithstanding one is more intelligent than the other, have no beginning; they existed before, they shall have no end, they shall exist after, for they are gnolaum [A fabricated word by Joseph Smith], or eternal.

“I dwell in the midst of them all; I now, therefore, have come down unto thee to declare unto thee the works which my hands have made, wherein my wisdom excelleth them all, for I rule in the heavens above, and in the earth beneath, in all wisdom and prudence, over all the intelligences thine eyes have seen from the beginning; I came down in the beginning in the midst of all the intelligences thou hast seen.

“Now the Lord had shown unto me, Abraham, the intelligences that were organized before the world was; and among all these there were many of the noble and great ones;

“And there stood one among them that was like unto God, and he said unto those who were with him: We will go down, for there is space there, and we will take of these materials, and we will make an earth whereon these may dwell;

“And we will prove them herewith, to see if they will do all things whatsoever the Lord their God shall command them;

RESPONSE: An attempt is being made to steer an opinion directly into Mormon scripture and away from Biblical teachings. Do not fall for this deception.

If someone told you their religion (with their own set of scriptures) could prove that the pencil was originally designed as a cure for cancer, you might think them a little crazy. But, they persist, that it is not logical, but God has revealed it through their prophet and it’s just a matter of time before science proves that this is true! You might still think they’re crazy. But if they take this position and then present a series of dozens of biblical verses that sort of touch on the issue to prove their point, then as a Christian you might think there is some merit to the notion that a pencil can cure cancer. This is exactly what Mormonism does in an effort to justify their position on issues that seem ridiculous to the world at large.

Some of the verses above come from ‘The Book of Abraham’ which is canonized Mormon scripture in their book The Pearl of Great Price. It is an absolute fabrication.

The LDS Church would have you believe that these are the writings of Abraham. In the same book they claim the writings of Moses. Joseph Smith felt he could translate (by the power of God) texts from one language into English. He also invented words (by the use of these same powers) as a means of impressing people. One case is shown in Abraham 3:18 above. He educates us that the word “gnolaum” means eternal. He also used the word at other times to mean “outer darkness” which has an entirely different meaning.

The verses in Abraham 3:18-19, 21-26 are quoted above; curiously leaving out verse 20. This verse seemingly has little to do with the substance of the remarks and I guess this is why he deleted it; at least one of the reasons anyway. Verse 20 mentions another fabrication from the mind of Joseph Smith, this time a character named “Elkenah.” This is in reference to a very important part of Mormonism, namely Facsimile #1. 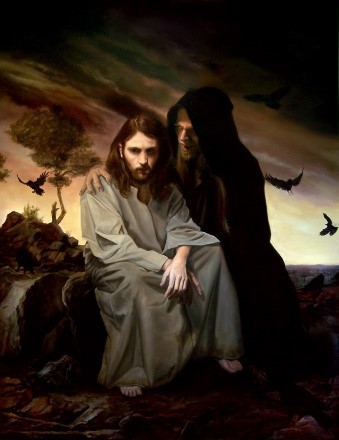