As was the case with Russell Nelson’s BYU talk in September 2019, it is not uncommon for the printed version to be edited; at times large portions are removed.

Here is an example of an edited speech in April 1981 by Hartman Rector, Jr. entitled “turning the hearts.” The deleted details are shown in bold type, and include such topics as birth control, abortion, and homosexuality.

The church often claims transparency as a virtue, yet so many times things are hidden, changed, or out rightly deleted to put them in a better light. No wonder we cannot always find them trustworthy. 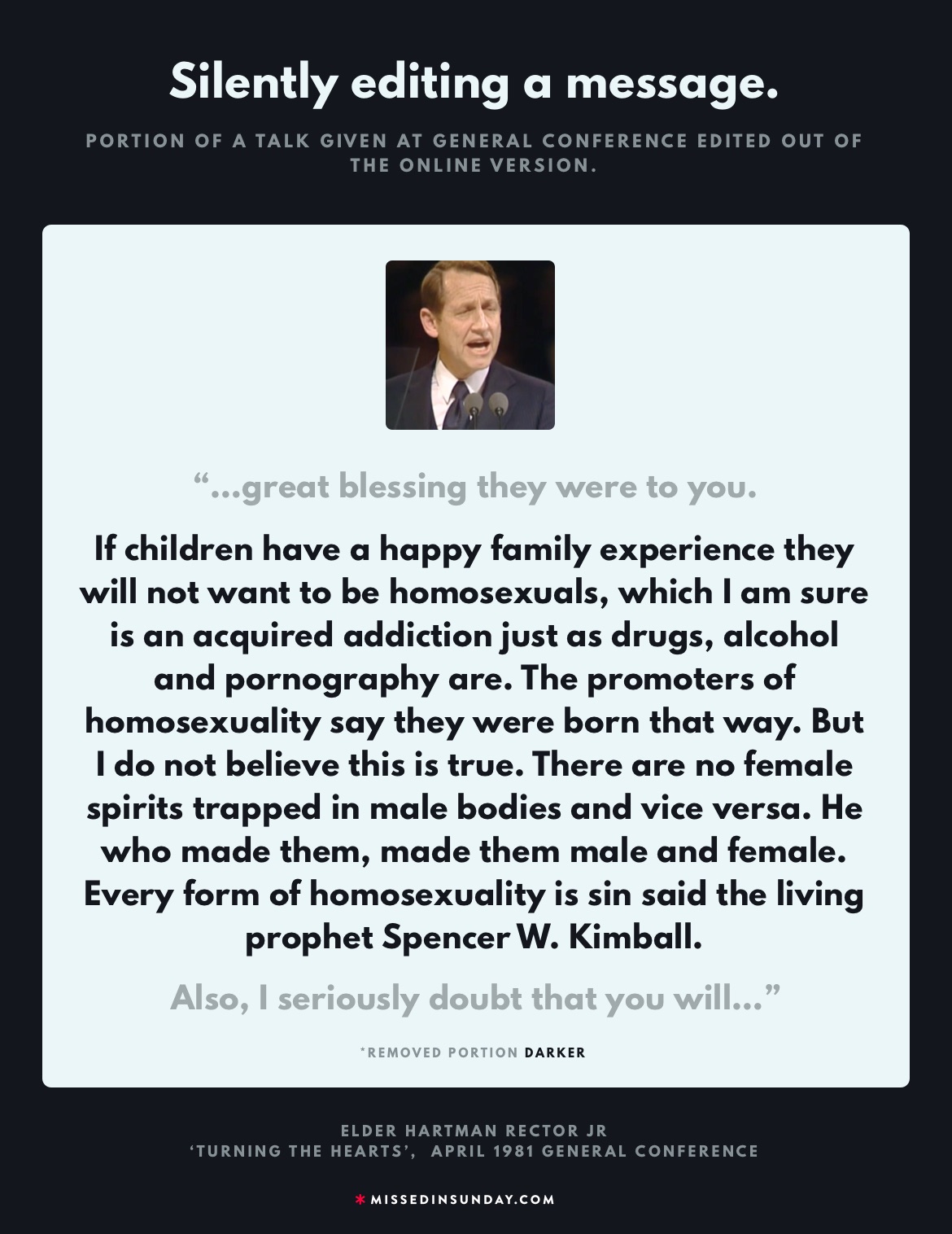