Joseph Smith married four women in their 50’s; Elizabeth was the first of them.

Elizabeth was married three times before she wed Joseph Smith in 1842. She was instrumental in lining up future brides for Joseph, as well as always being in the thick of the Missouri troubles. She was a very visible and important woman in the city during the Nauvoo, Illinois days.

Jabez Durfee and Elizabeth separated at some point in/about 1845. On 21 January 1846 a bizarre temple episode unfolded: Jabez Durfee was sealed to a second wife, Magdalena Pickle Durfee (who was his dead brothers’ widow) For Time only, and then to a deceased woman named Electa Cranston For Eternity. This is the first recorded instance of a man being sealed to two women For Time without a divorce, as well as being sealed For Eternity to a dead spouse.

Elizabeth spent many of the rest of her days in California and apart from the Church. She became faithful to the Reorganized Church of Jesus Christ of Latter-Day Saints when Emma Smith felt that the mantle of Prophet should fall on Joseph Smith III (who denied that his father ever practiced polygamy). It’s ironic that one of Joseph Smith’s secret wives became involved with a non-polygamist religion headed by Emma, when she was so deeply involved in arranging marriages for Joseph.

“Finally, Elizabeth received a very early proxy marriage to the Mormon prophet in the Nauvoo temple. All these data taken together make a strong case for Elizabeth as one of Joseph Smith’s plural wives. As John Bennett left Nauvoo in June 1842, we can date the marriage as taking place before that time. If it took place in spring 1842, then Elizabeth would have been fifty-one at the time of the ceremony.” 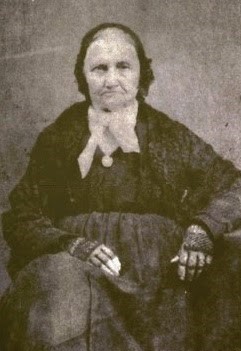