Oliver Cowdery: Chief Scribe of the Book of Mormon…

Oliver Cowdery was born 3 October 1806 in Wells, Vermont. His father, William, may have been a follower of sectarian leader Nathaniel Wood of Middletown, Vermont, whose small religious sect, the New Israelites, practiced divining for buried treasure and for revelatory purposes.

The Cowdery family also attended the Congregational Church of Poultney, Vermont, where Ethan Smith was pastor. At the time, Ethan Smith was writing View of the Hebrews (1823), a book speculating that Native Americans were of Hebrew origin. David Persuitte argues that Cowdery had knowledge of the View of the Hebrews and that this acquaintance significantly contributed to the final version of the Book of Mormon. Even noted LDS scholar Richard Bushman has written in ‘Joseph Smith: Rough Stone Rolling’ that though:

“Joseph Smith is not known to have seen View of the Hebrews until later in life, the parallels seem strong enough for critics to argue that Ethan Smith provided the seeds for Joseph Smith’s later compositions.” 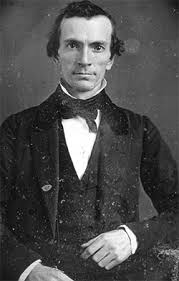