Not much would have been known about Agnes Coolbrith had it not been that one of her daughters, Ina Coolbrith, became the first poet laureate of California, and wrote much about her Mormon upbringing and life with her mother.

Agnes married Don Carlos Smith, who was the younger brother of Joseph Smith. Don Carlos died at the age of twenty-five from malarial fever, which has been attributed to the fact that he worked as a printer in a cold, damp environment.

There is an ancient religious custom known as a Levirate Marriage. This ensures that a blood line relative to the deceased husband would marry the widow. Joseph Smith believed in this principle and married Agnes Coolbrith just after New Year’s in 1842; six months after the death of his brother.

This secretive polygamist marriage lasted only two and a half years and ended when Joseph Smith died in June of 1844.

On 28 January 1845 (and following the same Levirate Marriage tradition), George A. Smith, cousin to Joseph Smith, married Agnes ‘For Time’ and Agnes was sealed to Don Carlos ‘For Eternity.’

At some point George A. Smith abandoned Agnes and her children, and in the spring of 1847 she married William Pickett, who was a recent convert to the Church with a somewhat weak testimony of the faith.

The journey of this family finds their life in California when William gets Gold Rush Fever.

LDS families that chose to live outside of Utah during this period were considered apostates even though they may have remained faithful to the Church. The building up of Zion in Utah was the reasoning behind this. As such, Agnes and her family were not thought of highly in most Mormon circles.

William would leave the family in abject poverty for years at a time in search of other opportunities up and down the coast of California.

Joseph F. Smith would write to Agnes’ daughter, Ina, about coming back to Utah. Ina was strongly against polygamy and refused any suggestion to move back.

As Agnes’ life was coming to a close at Christmastime of 1876 she uttered her last words: “O! What a dupe I have been; what a dupe I have been!” Joseph F. Smith claims that these words were aimed at her failed marriage to William Pickett; Ina was convinced otherwise and feels they were directed toward her Mother’s lonely, empty life in Mormonism. 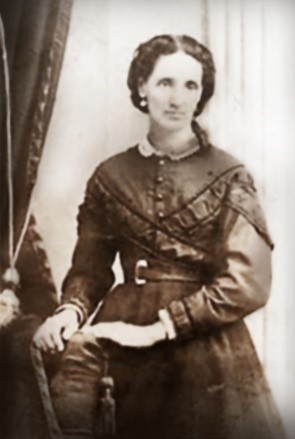