“Sharing that light [in the BYC] was not easy early in my career as a historian, especially when it involved accessing restricted materials at LDS Archives, notably the enormous Brigham Young collection (CR 1234). I began surveying and transcribing Young’s Utah War letters in the summer of 1995 but got distracted before making it through September 1857 [Mountain Meadows Massacre]. When I asked to see the microfilms again, higher-ups had ordered them closed to discourage fishing expeditions. I was told a woman had compiled a shoot, the sky is full of pigeons master’s thesis based on racial slurs from Brother Brigham’s papers. As usual, I had to write a request to access restricted material, which meant anything interesting. It then had to be authorized by a three-member panel consisting of two archivists and Elder John K. Carmack of the First Quorum of the Seventy of The Church of Jesus Christ of Latter-day Saints and executive director of the LDS Church Historical Department (like all the department’s senior officers, Carmack was a lawyer, not a historian). Most requests got a 2 to 1 vote, but Boss Carmack’s rank meant his vote overrode the other two.

“Among the friends I saw at LDS Archives was Bill H[artley], one of the Arrington historical department veterans who had taken refuge at the Joseph Fielding Smith Institute for Latter-day Saint History at Brigham Young University. Among the gentry who populated the Institute, Bill distinguished himself by actually publishing interesting books, while its director, Ronald K.E., made a career out of not publishing anything except a handful of articles in the Ensign, the corporation’s agit-prop magazine.

“On 29 March 1999, the Salt Lake Tribune published a Mormon history puff piece: ‘Brigham Young Likened to Abraham’ based on a BYU conference, ‘Brigham Young: Images and Realities.’ It quoted Carmack saying the church’s ‘historical documents show Young was a practical and holistic leader involved and concerned with the lives of his people.’ Because historians ‘have drawn upon tainted and distorted records instead of church archives,’ Ron Esplin claimed, Young had been systematically vilified. ‘Brigham Young was erroneously painted as being ruthless and scheming,’ Esplin said. ‘The reality is not only softer but something we can admire.’

“The Brethren had teed up the ball, so I swung at it on ldsbookshelf, a Mormon book collector email list. I got the notion Young was a bigoted misogynist who was devoted to ruthless scheming from the Journal of Discourses, I wrote, while restrictions made working in the Brigham Young papers about as easy as figuring out what an elephant looks like while blindfolded and handcuffed. If these sophists wanted to glorify Brigham Young, I fumed, ‘fine. But they should avoid ridiculous statements that make them appear to be paid liars and should not expect other historians to buy their line when they so outrageously misrepresent the actual record.’ The holistic Old Boss had better historical analogies than Father Abraham: Joshua, John Gotti, and Fidel Castro.

“Bill H[artley] told me they read the post at a Smith Institute staff meeting, which resulted in an invitation to meet with them on May 18 and exchange news about our publication plans. So, I showed up at the offices in the Knight Building at the appointed time and Bill took me to meet with the male staff members, who included the very kind Dean Jessee and James B. Allen, in a conference room. Hardliners waited in ambush: Tom Alexander and law professor Jack Welch. I knew Smackwater Jack as founder of the Foundation for Ancient Research and Mormon Studies (F.A.R.M.S.), but now learned he had been anointed to direct publications for the Institute. Esplin led the assault, but the whole terrified crew deferred to Welch, who was clearly the Big Dawg in the room. ‘I yammered on about Kingdom in the West,’ I wrote at the time ‘and never got around to asking what they were up to until way too late.’ After I had spilled all my beans about plans for the Kingdom the series and approach to Mountain Meadows, I asked about their plans. Welch dourly noted he had submitted a publishing proposal to ‘the administration’—which at BYU could mean the Quorum of Twelve Apostles—but since it had not yet been approved, he could not discuss it.

“Jack the Zipper ‘graciously offered to help secure items important to the series, but the group didn’t appear optimistic about getting the minutes of the Council of Fifty,’ I reported. Welch never provided anything except bad faith. Bob Clark and I had been in discussions with David Whittaker about editing a volume of Thomas L. Kane’s papers for the Kingdom series, and he told me he had dreamed of publishing with the Clark Company since he visited its headquarters in Glendale as a grad student in California. Welch refused to grant him permission to do so: Whittaker told me he insisted that only the LDS church could publish anything owned by BYU. ‘Ron Walker will meet with us to discuss his plans with Dean Jessee to publish the BY Indian papers,’ I noted, but typically Walker talked big but never produced volume one of the multi-volume air castle he said would appear shortly but never did.

“I left the Knight building feeling like an entirely hornswaggled fool and in something of a state of shock: I could not imagine having to kowtow to General Authorities (or even specific authorities) for permission to pursue my scholarly interests. As he escorted me from the sacred precincts, a sheepish Bill Hartley said, ‘Guess you feel sort of sandbagged.’ 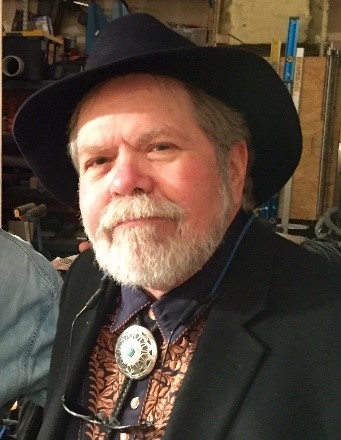