For years now, Native Americans have passed on their own history to the next generation through the oral traditions of storytelling…they have not been believed or taken seriously. Yet time and time again science, history, and anthropology studies have both surprised and proven Native American stories to be accurate. Truth does not simply exist because someone of a certain ethnicity writes it down. Truth does not suddenly become truth because other people finally validate it. Truth simply is, and this is the truth of Timpanogos Nation.

“It was the summer of 1847 our lives would be changed, a new people would come, not like the ‘big hats’ of old. These people would build fences, claim lands and disrupt our culture and way of life. Bringing confusion as they spoke of their God and peace while sharing sacks of flour laced with broken glass. Brigham Young said “You can get rid of more Indians with a sack of flour than a keg of powder.” Destroying us with what appeared to be acts of kindness. As our Timpanogos tribal leaders Kanosh, Tabby, Washakie, Little Wolf, Wanship, Little Chief, Kone, Blue Shirt, Big Elk, Opecarry, Old Battestie, Tintic, Sowiet, Angatewats, Walkara, Graspero and others extend their hospitality to Brigham Young and his followers, they were unaware of the bloodshed that would follow, some 150 bloody confrontations between 1847-70.

“By the year 1909 most of our leaders were killed many of them in the Black Hawk War, our population decreased from approximately 70,000 to about 1,300. Today our population is close to 900. The newcomers called us the “Lamanites” the chosen people, we were chosen to walk knee deep in the blood of our ancestors…

“The time has come for the truth to be spoken. We are still here. We will not be brushed aside. We the Timpanogos people are the indigenous people of Utah, we are Shoshone. The blood of our ancestors cries out to us. They must be remembered for who they really were.”

“Illa Chivers, Great granddaughter of Wy-ve-dah and Rachel, Illa as a young girl was an excellent horse rider, she did all the tricks as seen in the old Buffalo Bill shows as her grandmother Annie Reed rode in the Buffalo Bill shows. Illa shared the story of her family getting a sack of Flour from the Mormons, when Old James Reed saw the flour he dumped some of it on the table and brushed his glove covered hand across it exposing the broken glass fragments hidden inside. She always warned against taking food from Mormons because of this. She dedicated most of her adult life to research to help the people.”

“There is a curse on these aborigines of our country who roam the plains and are so wild that you cannot tame them. They are of the house of Israel; they once had the Gospel delivered to them, they had oracles of truth; Jesus came and administered to them after his resurrection, and they received and delighted in the Gospel until the fourth generation, then they turned away and become so wicked that God cursed them with this dark and benighted and loathsome condition; and they want to sit on the ground in the dirt, and to live by hunting, and they cannot be civilized. And right upon this, I will say to our government if they could hear me, ‘You need never fight the Indians, but if you want to get rid of them try to civilize them.’ How many were here when we came? At the Warm Springs, at this little grove where they would pitch their tents, we found perhaps three hundred Indians; but I do not suppose that there are three of that bank left alive now. There was another band a little south, another north, another further east; but I do not suppose there is one in ten, perhaps not one in a hundred, now alive of those who were here when we came. Did we kill them? No, we fed them. They would say, ‘We want just as fine flour as you have.’ To Walker, the chief, whom all California and New Mexico dreaded, I said, ‘It will just as sure kill as the world, if you live as we live.’ Said he, ‘I want as good as Brigham, I want to eat as he does.’ Said I, ‘Eat then, but it will kill you.’ I told the same to Arapeen, Walker’s brother; but they must eat and drink as the whites did, and I do not suppose that one in a hundred of those bands are alive. We brought their children into our families and nursed and did everything for them it was possible to do for human beings but die they would. Do not fight them but treat them kindly. There will then be no stain on the Government, and it will get rid of them much quicker than by fighting them. They have got to be civilized, and there will be a remnant of them saved.”

[This] triggered some painful memories of things I had been taught about while I was a member of The Church of Jesus Christ of Latter-Day Saints. Teachings about why God punished the “Lamanites” and swept them from the land to make way for more righteous white people. Teachings about why so many Native Americans were killed and how it was the fault of their ancestors for turning their backs on God and becoming an evil people (Book of Mormon). Not only are Native American’s NOT LAMANITE, but the history between Mormons and indigenous peoples is also one that at times is not anything like members are taught. Everything I had been taught was either twisted or an outright lie.

Could this be true? Did Mormon leadership really lace flour with glass and give it to families? Did a prophet of God direct and sanction such an action? So, I looked for more evidence of how the Timpanogos were viewed and treated.

“The initial detachment commenced battle on February 8, 1850 under Captain Grant. However, after hearing reports of poor attitude of the settlers in working with Grants’s troops, Brigham Young asked Wells to lead a detachment. On February 11th, Wells arrived and split the army into two. One contingent followed the trail of some Timpanogos who had fled up Rock Canyon. Wells led the other contingent south towards Spanish Fork river. He divided them into smaller parties and searched the southern valley for native peoples to kill. On February 14th, at Table Rock near the southeastern shore of Utah lake, one of the smaller hunting parties captured a band of Utes. Lieutenant Gunnison of the Stansbury Expedition reported that the Mormons promised to be friendly to the Timpanogos men, but then lined up the men to be executed in front of their families. Some attempted to flee across the frozen lake, but the Mormons ran after them on horseback and shot them. At least eleven Ute men were killed. In total, one militia man and an estimated 102 Timpanogos were killed.”

“I say go [and] kill them…Tell Dimick Huntington to go and kill them—also Barney Ward—let the women and children live if they behave themselves…We have no peace until the men [are] killed off—never treat the Indian as your equal.”

Though I have empathy and understanding for members of the church who do not know their own history, it in no way compares to my empathy and frustration for those who have been harmed by the actual actions by leadership in the church. Covering up history, lying about it, and claiming the stories and heritage of indigenous people continues to this day. The indigenous peoples have a right for their history to be spoken. No more hiding it as if the image of the church is more important than the truth. The Timpanogos people are real and living people today, with their own voice and history. They are not Lamanites. Let us be honest is our dealings with our fellowman. 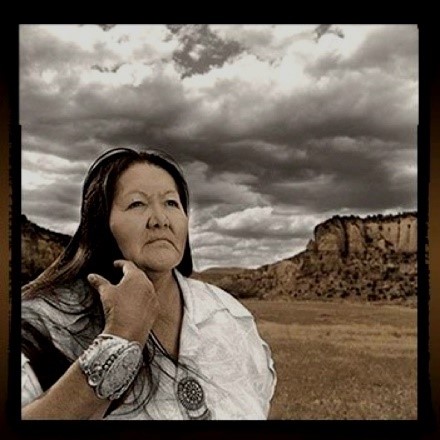