This unfulfilled prophecy of Joseph Smith is nearing 200 years old…

PROPHECY ABOUT DAVID W. PATTEN: 11 April 1838. “Verily thus saith the Lord: It is wisdom in my servant David W. Patten, that he settle up all his business as soon as he possibly can, and make a disposition of his merchandise, that he may perform a mission unto me next spring, in company with others, even twelve including himself, to testify of my name and bear glad tidings unto all the world” (D&C 114:1).

Less than eight months later, Patten was dead. He was killed leading Mormons in the Battle of Crooked River on 25 October 1838.

He never went on the mission as prophesied. It cannot be that his lack of faith frustrated the revelation, since Joseph Smith said of him that he “died as he had lived, a man of God, and strong in the faith” (History of the Church 3:171). 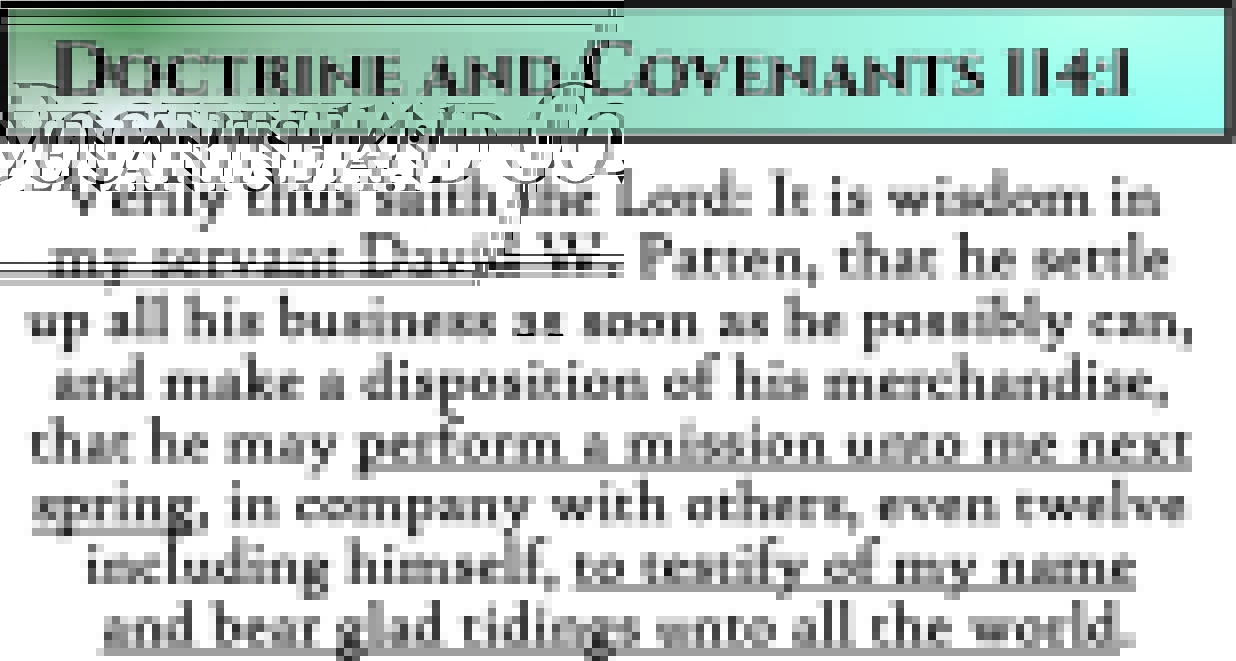