This unfulfilled prophecy of Joseph Smith is nearing 200 years old…

CHRIST’S SECOND COMING IS IMMINENT: Joseph Smith prophesied on several occasions that the Second Coming was to be expected very soon. He preached that the coming of the Lord would be in 56 years (i.e., about 1891). This prophecy also occurs in his diary for 6 April 1843 and HC 5:336 (see also D&C 130:14-17).

Joseph Smith prophesies that “there of those of the rising generation who shall not taste death till Christ comes.” He prophesies “in the name of the Lord God – let it be written: that the Son of Man will not come in the heavens till I am 85 years old, 48 years hence or about 1890.” (The official historians have deleted the last phrase, beginning with “48 years” from the church history, but it is contained in the original diary.) The version in D&C 130 is phrased negatively, i.e., Christ will not come before 1890. It is also made conditional on Joseph Smith living to the age of 85. Joseph Smith says (v.16) that it might merely mean that if he lives to 85 he will go where Christ is, and therefore see his face. But that interpretation would not make sense if the revelation is in response to Joseph Smith’s inquiry about the time of the second coming (v.14).

The second coming did not occur about 1890/1, and the Church does not claim that it did. Nor has it occurred since. Joseph Smith did not live to be 85 years old. God must have known that he would not. Why would God make a revelation conditional upon an event which he knew would never happen? 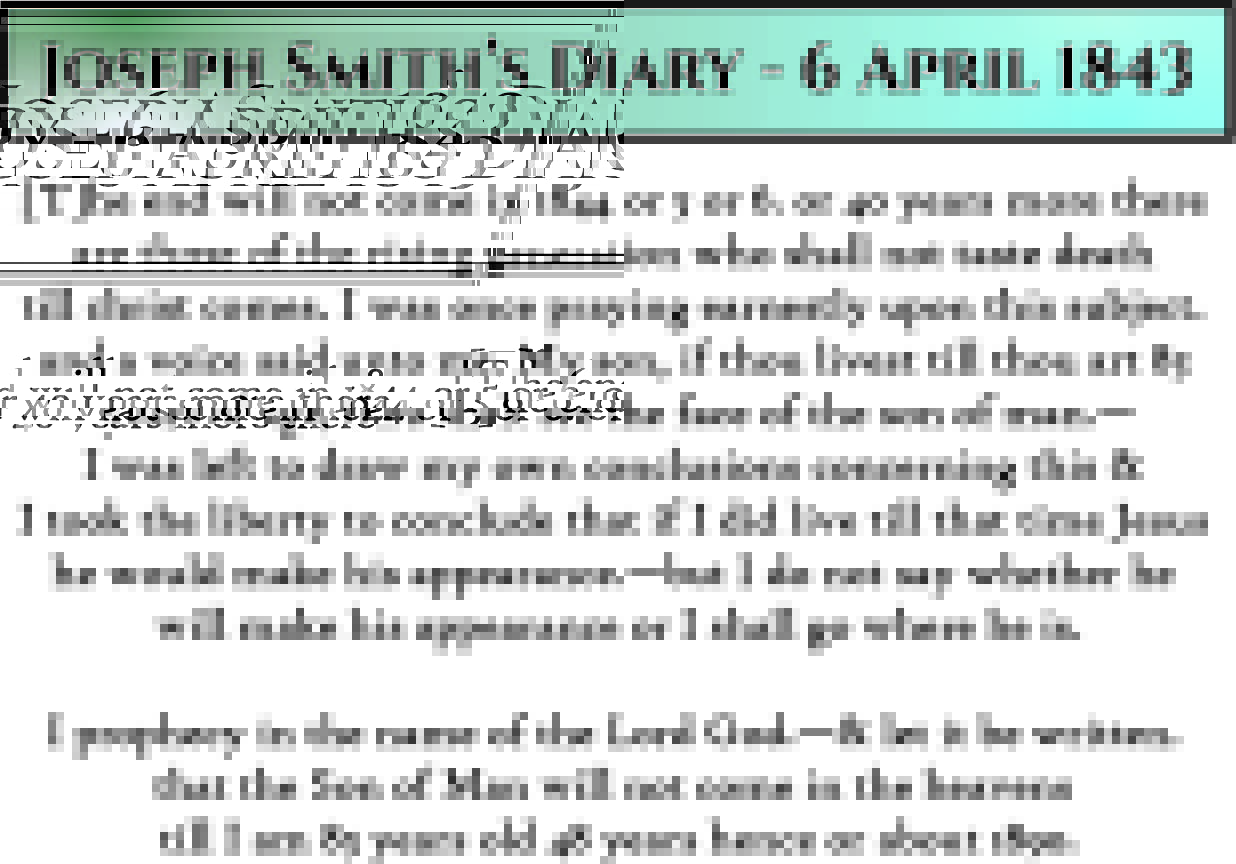