Promise that if the saints are obedient the City of Zion (in Missouri) will prosper and become glorious, great and terrible, honored by the nations of the earth. Zion cannot fall or be moved out of its place (see D&C 97:18-20).

Mormons were driven out of Independence and from all of their settlements in Missouri in 1839. The temple lot is not owned by the Mormon church. No one living in the generation when the prophecy was made is still alive. The wicked of that generation were no more “swept from off the face of the land” than were their contemporary Mormons. The Lost Ten Tribes have not been gathered to Missouri.

Nothing in all these prophecies has been fulfilled, even though the majority of the saints steadfastly followed Joseph Smith and were faithful. 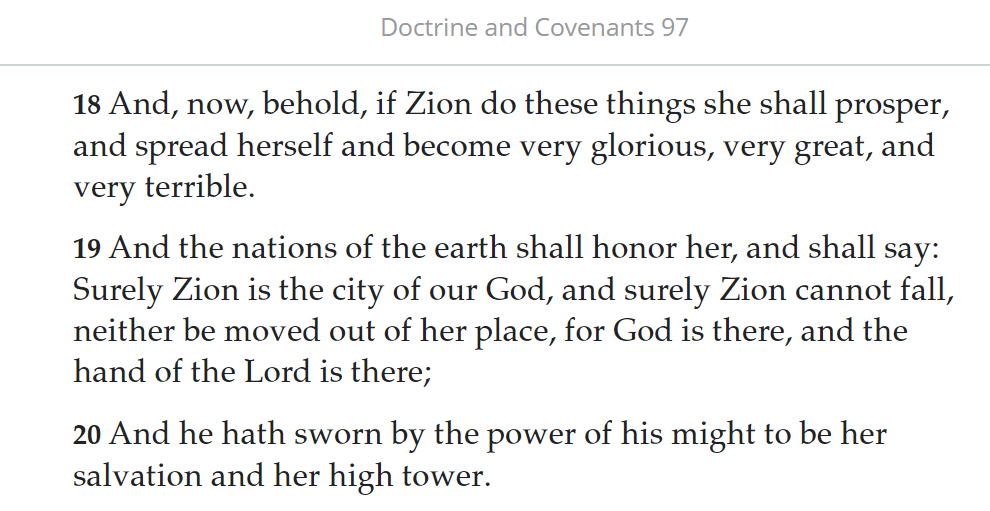