Orson Pratt reiterated the prophecy in 1870; 37 years after Joseph’s words:

“God promised in the year 1832 that we should, before the generation then living had passed away, return and build up the City of Zion in Jackson County; that we should return and build up the temple of the Most High where we formerly laid the corner stone. He promised us that He would manifest himself on that temple… We believe in these promises as much as we believe in any promise ever uttered by the mouth of Jehovah” (Journal of Discourses 13:362). 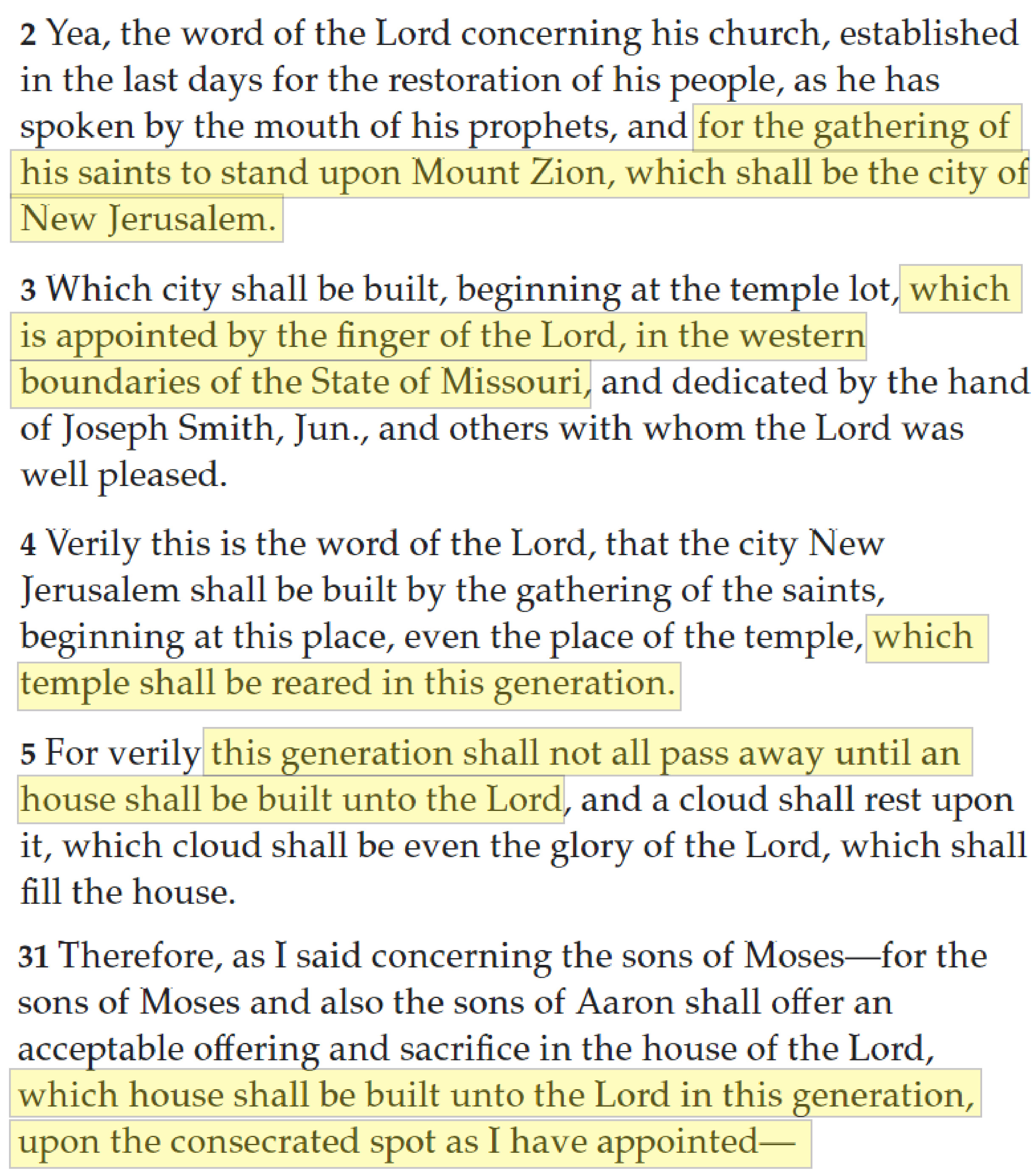