Vilate Kimball was the wife of Heber C. Kimball. The devotion of this couple was so great they found it heartbreaking and nearly impossible to have Joseph Smith take Vilate on as one of his plural wives:

“It was no less than a requirement for him [Heber C. Kimball] to surrender his wife, his beloved Vilate, and give her to Joseph [Smith] in marriage!… Then, with a broken and a bleeding heart, but with soul self-mastered for the sacrifice, he led his darling wife to the Prophet’s house and presented her to Joseph… Joseph wept at this proof of devotion, and embracing Heber told him that was all that the Lord required. He had proved him, as a child of Abraham, that he would ‘do the works of Abraham,’ holding back nothing, but laying all upon the altar for God’s glory.”

“This [the requirement for Heber to take a plural wife] was the greatest test of his faith he had ever experienced… the thought of deceiving the kind and faithful wife of his youth, whom he loved with all his heart, and who with him had borne so patiently their separation and all the trials and sacrifices they had been called to endure, was more than he felt able to bear.”

Heber’s tenderness soon faded as he eventually married a total of forty-three women. Kimball had sixty-five children by seventeen of his wives. 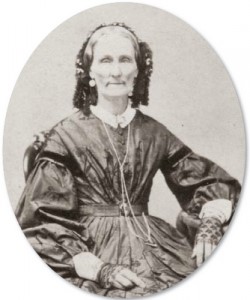