At the (far too) young age of fourteen, a couple of months shy of her fifteenth birthday, Helen Mar Kimball became the youngest wife of Joseph Smith.

As with his other ultra-young prospects, Joseph had a great deal of difficulty manipulating Helen to become his wife.

As was customary, Joseph demanded Helen marry him as a command from God and to also guarantee the salvation of her family. She speaks of a 24-hour period to decide, which is similar to the time limit given by Joseph to Lucy Walker; both of whom he wed in May of 1843.

But Helen was in love with Horace Whitney at the time, who was about six years older, but certainly closer in age than the 23-year gap between her and the Mormon prophet.

Helen eventually consented to Joseph’s proposal, but with extreme angst disagreed with polygamy for the next few years (even after Joseph’s death).

She eventually married her true love, Horace Whitney. She then became ‘converted’ to polygamy, just before Horace took on another wife.

The rest of Helen’s years were spent in disappointment and a typical LDS woman’s diary of destitution.

One of her sons committed suicide unexpectedly. It appears he was suffering from untreated sinus infections; which drove him mad.

Helen’s most famous child was Orson Whitney.  Ironically, during General Conference, on 6 October 1890, Orson was assigned to read the ‘Manifesto’ with his mother present in the audience.

Helen had lived to see the beginning and the formal end (though not completely withdrawn practice) of polygamy in her lifetime. 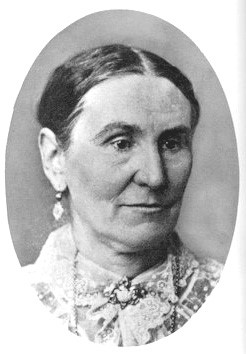