JOSEPH SMITH WAS NOT THE SINGLE AUTHOR of the Book of Mormon.

We need not investigate passages from “The Late War,” “The First Book of Napoleon,” or “The Golden Pot” for secrets into its construction. Though interesting, and undoubtedly familiar, these references show mostly a link toward the more common vernacular of the day.

Additionally, we need not point to the seemingly numberless examples of contemporary, and at times personal, passages regarding everything from Masonry to Sam to unearth the mystery of the Book of Mormon text.

To say these things aren’t present would be to categorically misrepresent the book. To site them as empirical evidence of a questionable origin would be noteworthy. But to understand the real origin of the book, one need look no further than the King James Bible of the day.

The Book of Mormon is saturated from front to back with the Bible. Too often, we acknowledge the full chapters from Isaiah found early in the text as being ‘possible’ if the tale of Lehi were true, and they had the brass plates with them. Or, we give latitude to New Testament passages in Third Nephi since they supposedly fell from the lips of the risen Christ. These scenarios, and faith promoting inaccuracies can also be utilized to simply gloss over the thousands of comparisons missed because of lack of research.

The compiler of the Book of Mormon had a photographic memory of the King James Version of the Bible, including the books of the Apocrypha. Coupled with an ability to dictate fanciful tales, passages of the Bible are spread without shame, and sprinkled with just enough alternative narrative to throw off the scent; particularly if the faithful member is focused on the Book of Mormon as their primary scriptural basis for truth, and find the Bible less than desirable because the religion downplays its value as being tainted.

‘The Bible to Book of Mormon Comparative’ is the name of my current project. My goal is to list the Book of Mormon, verse-by-verse, and glean the most significant Biblical passages (from among thousands) to compare to each verse. To say the results are incredible, would be an understatement. What would be far more accurate would be to say that it would be difficult for any person to spend an hour within its pages without being convinced that the King James Bible was the main influence on the Book of Mormon. The book will be available in 2020.

Some of you have seen the memes I post daily, showing anachronistic comparisons; happening several hundred years prior to the New Testament. In many cases, the text in the Book of Mormon is quoted verbatim from the Bible.

Here’s a wonderful example of how this happens:

“And NOW THERE WAS A MAN among them WHOSE NAME WAS Gideon, and he being A STRONG MAN and an enemy to the king, therefore he drew his sword, and swore in his wrath that he would slay the king” (Mosiah 19:4; EMPHASIS added).

The 5-word string “Now there was a man” is interesting in a couple of ways. The most obvious being the fact that it is the first five words from this Old Testament passage. There are hundreds of examples where word strings come from the beginning or ending of verses. This is important because many of them are “favorite” strings for Bible students and are also more easily memorized. A typical overuse of this feature can be found in the Book of Mormon with “And it came to pass.” A second fact about the words from Samuel is that not only are the words “Now there was a man” unique to this verse, it is also unique to Mosiah 19:4. Yes, “Now there was a man” happens nowhere else in either book.

Not convincing enough? Does it seem like these five words are very common, even if they only appear once in either book? OK. That’s fair.

We now encounter the words “whose name was” in both passages. Three word-string matches are plentiful in the books. In fact, these three words appear 31 times in the Old Testament, 7 times in the New Testament, 4 times in the Apocrypha, and 24 times in the Book of Mormon. It seems that there is nothing dynamic about this. However, the fact that exact 5-string and 3-string matches happen in a single verse in both books IS very rare.

I would submit that these 5 and 3 word-strings are each divided by only TWO words in each verse (“among them” and “of Benjamin”). There can be little doubt that the same mind that developed Mosiah 19:4 also had 1 Samuel 9:1 memorized. Access is also quickly granted in the fact that these are the first few words of this entire chapter of 1 Samuel.

To seal-the-deal however, we move to a NON-exact word-string match at the end of each of the verses. I don’t believe that any description is required for “a strong man” and “a mighty man of power.” Couple this with “Now there was a man” and “whose name was” (the rare 5 and 3 string matches divided by only two other words) and you have ample evidence for a case.

Want examples to compare from the Apocrypha? 2 Esdras 3:13 states:

“Now when they lived so wickedly before thee, thou didst choose thee a MAN FROM AMONG THEM, WHOSE NAME WAS Abraham.”

“AND SWARE IN HIS WRATH, saying, Unless Judas and his host be now delivered into my hands, if ever I come again in safety, I will burn up this house: and with that he went out in a great rage.”

Want an example from the New Testament?

“And, behold, one of them which were with Jesus stretched out his hand, and DREW HIS SWORD, AND struck a servant of the high priest’s, and smote off his ear.”

This passage from Matthew is the only time “drew his sword, and” is found in the Bible, but is found three times in the Book of Mormon.

Admittedly, the mind that was able to memorize and process this volume of Biblical scripture was brilliant. The ability to disseminate the data while creating an alternate storyline/scene is also impressive, even though the original Book of Mormon text was plagued with inaccuracies and showed a lack of skilled prose. The abilities of a savant do not equal divine intervention, merely a talent to utilize the brain in ways most of us cannot. 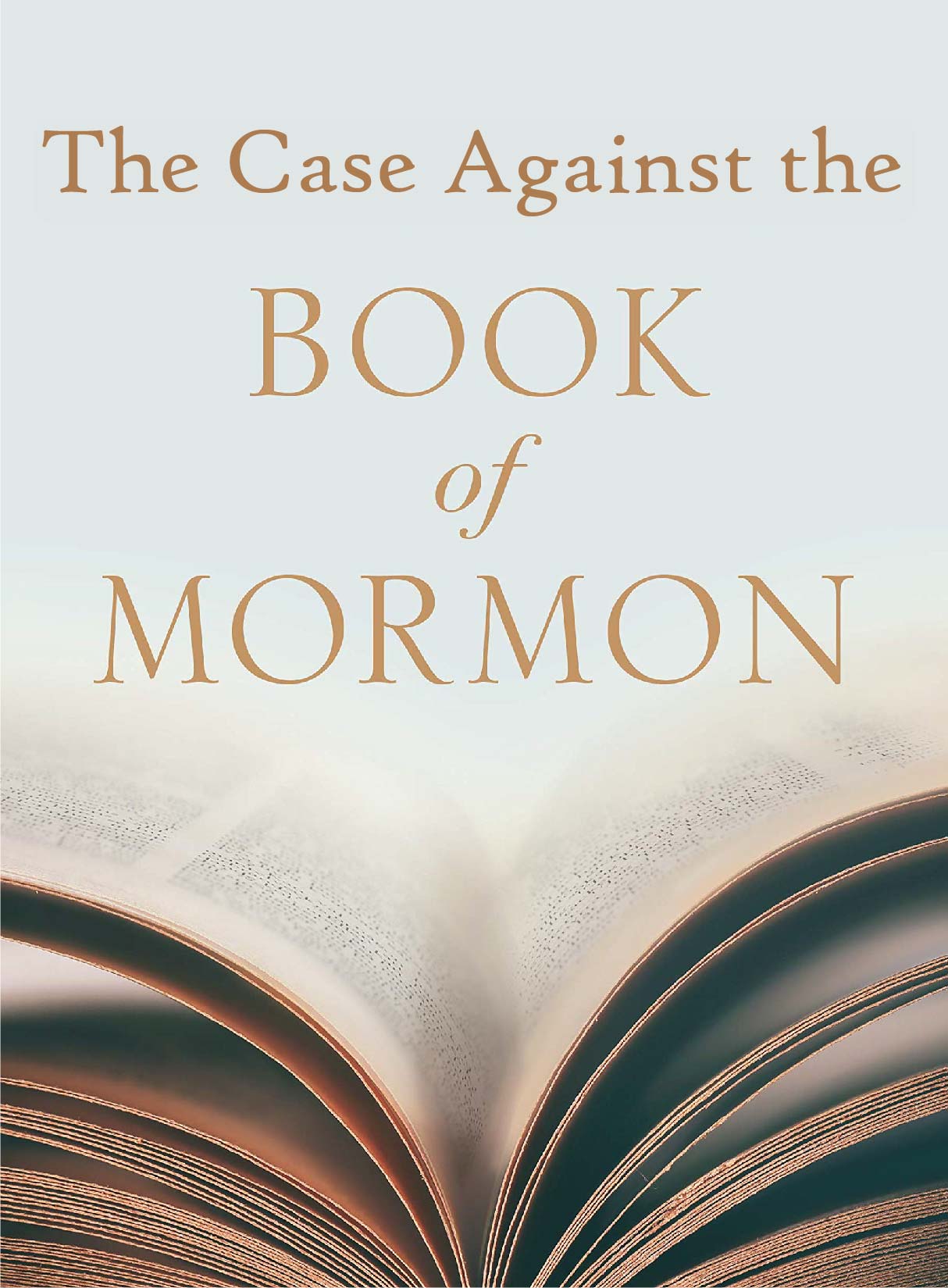