Some historians surmise that Marinda may have ‘technically’ been Joseph Smith’s second wife, although there does not seem to be enough evidence to substantiate this claim.

The suspicion lies in a couple of events that surround the moral integrity of Marinda. This is a full year before Joseph married Fanny Alger (age 16 years).

The first occurred on 24 March 1832. This was the evening where Joseph Smith and Sydney Rigdon were pulled from their beds and tarred & feathered. There are several assumptions as to why this was. One of them is that Joseph Smith was having sex with sixteen-year-old Marinda.

“In the summer of 1831 the Johnson family took Joseph and Emma Smith into their home as boarders, and soon thereafter the prophet purportedly bedded young Marinda. Unfortunately, the liaison did not go unnoticed, and a gang of indignant Ohioans – including a number of Mormons – resolved to castrate Joseph so that he would be disinclined to commit such acts of depravity in the future.”

The assumption is made that Joseph may have convinced young ‘Nancy’ to marry him so that their intercourse would not be adultery. This is something that is certainly not a stretch of the imagination considering Joseph’s history. Word got to the neighbors this was happening; thus, the uprising. It is also strange to imagine why the gang would have employed the services of a doctor to perform a castration had it not been because of the assumption of Joseph’s indiscretion.

Apologists have justified the Doctor’s presence as a scare tactic since no surgery was performed.

The second scenario unfolded in late 1841. Joseph Smith was convinced the house Nancy was living in was not adequate (was his concern motivated by the fact that he was already married to her?) and suggested to her, through revelation that she should live in the Times and Seasons printing office. At about the same time Willard Richards (another important early Mormon figure) decided to live there too. This went on until at least March of 1842 and some have supposed that Willard Richards took her to wife.

In 1842 Nancy’s husband, Orson Hyde, was away on a mission. Orson always seemed to be away on missions.

The bizarre relationship between Joseph, Nancy, and Orson Hyde became more complex than most polygamist marriages:

I. In early 1832 Joseph and Nancy were possibly married.

III. In April of 1842 Nancy is sealed to Joseph Smith “For All Eternity.”

IV. On 11 January 1846 Orson Hyde breaks the eternal sealing to Joseph Smith (they were not friendly at this time, and Orson didn’t want his children sealed to any other man) and marries Nancy “For Time and All Eternity.”

V. On 31 July 1857 Nancy breaks off the eternal sealing to Orson Hyde and re-seals herself to Joseph Smith “For All Eternity.” 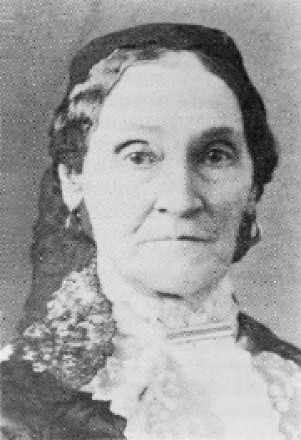