Delcina is the older sister of Almera Johnson, who became Joseph Smith’s 22nd wife in 1843.

Delcina’s brother, Benjamin, returned from a mission in early July 1842 and wrote:

“The marriage of my eldest sister to the Prophet was before my return to Nauvoo, and it being tacitly admitted I asked no questions.”

It appears that Joseph Smith was the proxy husband for an “eternal” sealing to Lyman and a “for time” sealing to Joseph himself. Joseph Smith also showed his financial support toward Delcina soon thereafter.

On 07 January 1846, well after Joseph Smith’s death, Delcina was again sealed to Lyman Sherman “For Eternity” and Almon Babbitt “For Time.” This marks one of the rare instances where a wife of Joseph Smith excludes him from the post-death eternal marriage.

Almon Babbitt was disfellowshipped from the Church more than a half-dozen times, only to be brought back quickly into the fold. He was a lawyer, and probably used his talent of persuasion to get himself back into good graces.

It was Delcina’s desire to be able to move to the Salt Lake Valley, but she was stricken with a bad form of arthritis, which made the journey difficult. 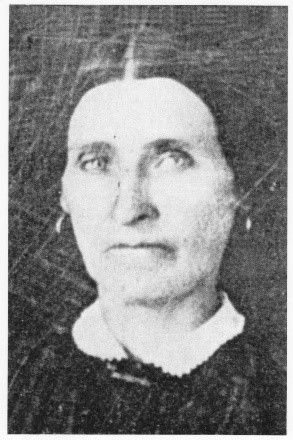