“On 1 April 1843, Joseph Smith and some of his companions arrived in Macedonia for a visit and stayed at Benjamin’s house. The next morning the Mormon prophet took his host by the arm and said, ‘Come Brother Bennie, let us have a walk.’ They strolled to the edge of a forest, sat on a log, and Joseph proceeded to say ‘that the Lord had revealed to him that plural or patriarchal marriage was according to His law; and that the Lord had not only revealed it to him but had commanded him to obey it.’ He said that when God had revealed to him ‘the ancient order of plural marriage’ in Kirtland, one of his thoughts had been to ask Julia Johnson ‘for Some of her daughters’ – Now he was once again required by God to take more wives, so he had Come now to ask me for my Sister Almera – His words astonished me – almost took my breath – I sat for a time amazed and finally almost ready to burst with emotion. Benjamin wrote that if a thunderbolt had fallen at his feet, he could hardly have been more shocked or amazed. He was too stunned to even ‘comprehend anything.’ In almost an agony of feeling…I looked him straight in the face & said: ‘Brother Joseph this is something I did not expect & I do not understand it – you know whether it is right. I do not. I want to do just as you tell me, and I will try. But if I [ever] should know that you do this to dishonor & debauch my sister I will kill you as shure as the Lord lives’ – and while his eye did not move from mine he said with a smile, in a soft tone ‘But Benjamin you will never know that. But you will know principle is true & will greatly rejoice in what it will bring to you.’ But. how I asked. Can I teach my sister what I myself do not understand…‘But you will see & understand it’ he said and when you open your mouth to talk to your sister light will come to you & your mouth will be full. & your toung loose.”

“Meanwhile the Prophet with Louisa Beeman and my sister Delcena had it agreeably arranged with sister Almara and after a little instruction, she stood by the Prophet’s side and was sealed to him as a wife by Brother Clayton. After which the Prophet asked me to take my sister to occupy room No. 10 in his mansion home during her stay in the city. At the time of her marriage to Joseph Smith, Almera was thirty, while the Mormon leader was thirty-eight [thirty-seven].

“Almera and Benjamin returned to Macedonia on about April 23. Smith visited Ramus again on May 16. ‘The Prophet again came and at my house occupied the same room and bed with my sister that the month previous he had occupied with the daughter of the late Bishop Partridge as his wife,’ Benjamin wrote.”

“[Hyrum] came to me and said I need not be afraid. I had been fearing and doubting about the principle and so had he, but he now knew it was true. After this time I lived with the Prophet Joseph as his wife…I had many conversations with Eliza Beaman who was also a wife of Joseph Smith…on the subject of plurality of wives.” 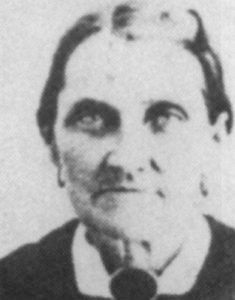