JESUS CHRIST: MORTALITY WAS ESSENTIAL FOR HIS GODHOOD…

CHARGE: The Mormon Jesus was a man who had to prove himself in a mortal body in order to become a “God.”

LDS RESPONSE: Christ was a God (and a Godhead) before he was on earth and was involved in creating the earth.

REALITY: Joseph Smith clarified this, “We have imagined and supposed that God was God from all eternity. I will refute that idea, and take away the veil, so that you may see. These are incomprehensible ideas to some, but they are simple. It is the first principle of the Gospel to know for a certainty the Character of God, and to know that we may converse with him as one man converses with another, and that he was once a man like us; yea, that God the Father of us all, dwelt on an earth, the same as Jesus Christ himself did, and I will show it from the Bible” (The Teachings of the Prophet Joseph Smith, 345-346).

It is a well-known Mormon doctrine that certain human beings can eventually obtain Godhood. The Father would be pleased if we could all do this. According to the quote listed above this is the very way God the Father and Jesus Christ became Gods. Mormons do an unexplained tip-toe around the notion that Jesus Christ was always a God and that he didn’t receive his fullness of Godhood at first. He was somehow perfect, yet not without error, they say.

There is no way to reconcile the notion that 1) Jesus Christ was already a God when he came to earth and, 2) the Mormon doctrine that one must come to earth to obtain a body and then grow into Godhood.

The church makes an unexplained and unjustified exception for Christ. 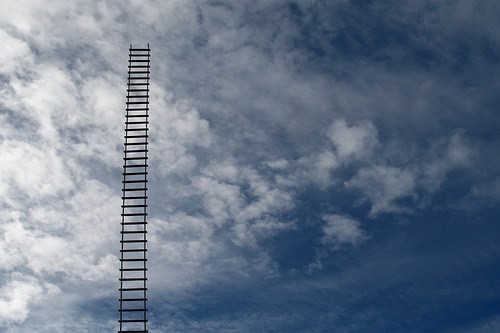