Joseph Smith, Junior is not only acknowledged and respected by LDS faithful as a true prophet of God, he is revered as no other man; second only to Jesus Christ. The following account of his dealings is now accepted by church leaders as being accurate:

Two years after his 1826 conviction, Joseph Smith obtained possession of a set of golden colored plates from an angel of God. There has never been physical evidence of this treasure. Nevertheless, Joseph claimed to translate these records, which were written in a tongue that has never been proven to exist, using the exact same stone/hat technique he was jailed for. The author published this translation as ‘The Book of Mormon’ in 1830; considered the cornerstone of the faith, a guide for true inspiration, and canonized scripture in Mormonism.

The book begins with a story of murder and theft (Laban), which the faithful not only accept as justified, but extol as a virtue in this main character of the book.

After these morally unacceptable (by most standards) acts, the book then continues with stories (all of which claim to be historical; not fables) of how this band of ‘White Jews’ traveled to the American continent, and fought great battles against their brothers, whose skin was turned dark by God as a punishment for unrighteous behavior. Mormons believe these disobedient souls are those we know as Native Americans.

Less than a decade later, Joseph Smith would produce another volume of scripture expounding on the disobedient character of more non-whites; this time targeting our African neighbors. 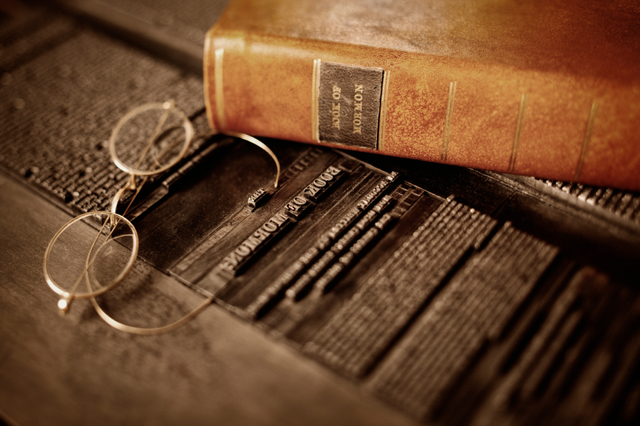