Presendia was the older sister of Zina Huntington and four years younger than Joseph Smith. She was married to him about 45 days after Zina’s marriage.

This was the third plural marriage in 1841 for Joseph Smith; a trend that would increase at an alarming rate. In 1842 he married eleven more women, and the seventeen marriages in 1843 rounded out his total to 34. There were likely more; but these are the documented ones.

This was also the first of three sets of sisters he married. By March of 1842 he would have also married a mother and daughter duo.

Following Joseph Smith’s death Presendia was married to Heber C. Kimball after March of 1845. This marriage seemed to be out of respect for the widows of Joseph Smith.

Presendia’s first husband, Norman Buell rebelled against the Church shortly after embracing it; seeing through the lies. His questioning mind gave way to the ease of his wife taking on the polygamist lifestyle of Heber C. Kimball.

Heber C. Kimball had one of the largest polygamist numbers known to Mormondom.

As with Zina, Presendia endured her share of children’s deaths. One that would change her life was when she was “boiling down cider in a very large brass kettle.” She placed the kettle in another room to cool, but her two-year-old son, Silas, climbed into the kettle. She tended to him for the next thirteen hours of his failing life. She later wrote, “No one but a mother can realize the sorrow of an accidental death.”

Another death occurred when a daughter was found missing in a Red Dress. The young lass had drowned. Thus began the fundamentalist disregard for red clothing.

“Joseph himself taught the principle of plural marriage to Sister Presendia, and her heart was humble, and her mind open to receive the revelations of heaven. She knew Joseph to be a man of God, and she had received many manifestations in proof of this, and consequently when he explained to her clearly the knowledge which he had obtained from the Lord, she accepted the sealing ordinance with Joseph as a sacred and holy confirmation.” 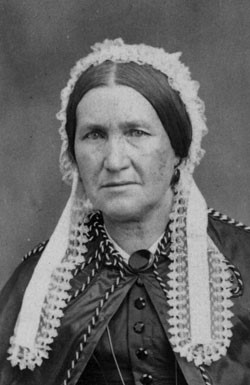