“I first became acquainted with Solomon Spalding, in Dec. 1810. After that time I frequently saw him at his house, and also at my house. I once in conversation with him expressed a surprise at not having any account of the inhabitants once in this country, who erected the old forts, mounds, &c. He then told me that he was writing a history of that race of people; and afterwards frequently showed me his writings, which I read. I have lately read the Book of Mormon, and believe it to be the same as Spalding wrote, except the religious part. He told me that he intended to get his writings published in Pittsburgh, and he thought that in one century from that time, it would be believed as much as any other history.” 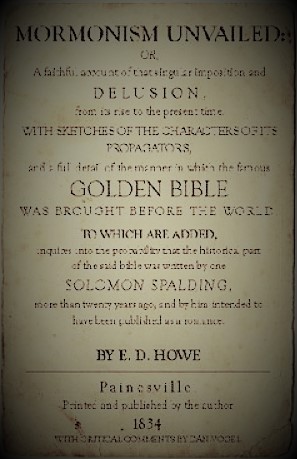