LDS RESPONSE: The LDS people declare the Holy Ghost to be a separate personage, and part of the Godhead.

REALITY: The LDS RESPONSE is skirting the issue the CHARGE is raising. If we are to believe Mormon theology, then there seems to be no way the Holy Ghost could be a member of the Godhead, since he didn’t dwell on earth to receive a body, nor does he currently have one.

Mormons make an unexplained and unjustified exception for the Holy Ghost not having a body; something which glaringly stares adversely into the face of Mormon Doctrine.

According to the LDS Church the Godhead consists of three members:

‘God the Father’ has a tangible body of flesh and bone and received it while living on another earth when he was the savior of that world. However, he has always been God and was never required to progress to that status like the average human must do. On the other hand, Brigham Young taught that Adam was God the Father; a fact that is well documented and taught for years. LDS prophets and apologists continue to deny this reality.

‘Jesus Christ’ has a tangible body of flesh and bone and received it while living as the savior of our world. He was the physical son of God the Father and Mary by a sexual union; which made him partially immortal. He has always been God and was never required to progress to this status as the average human must do.‘

The Holy Ghost’ is an absolute enigma. No history has been revealed as to how or why he is a God. He is a personage of spirit and does not have a body of flesh and bone, thus being an exception to the rule of needing a body to be a God. 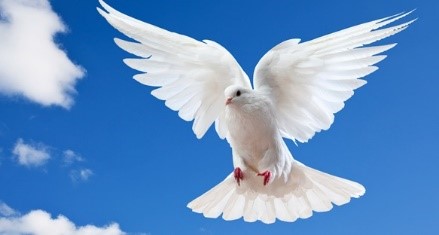