“Mormon Hill had been long designated as the place in which countless treasures were buried;’ Joseph [Smith], the elder, had spaded up many a foot of the hill side to find them, and Joseph Jr., had on more than one occasion accompanied him.” 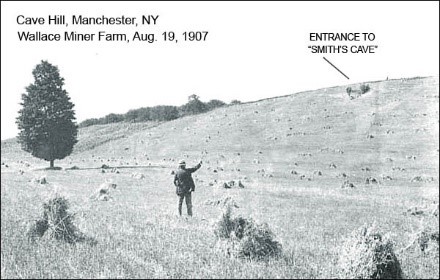