The following text is designed for those who have never had the experience of presenting a well-founded argument directly to a Mormon. Those who have encountered this scenario, already know.

Something unusual happens when an alternate question arises during a seemingly otherwise friendly conversation about the LDS faith with a Mormon friend, especially when they assume they’ve already got you near the edge of the baptismal font.

The response you receive will be based almost entirely on the knowledge of your Mormon friend; but it is usually defensive.

Even though an LDS Prophet has exclaimed “Each of us has to face the matter – either the Church is true, or it is a fraud. There is no middle ground. It is the Church and Kingdom of God or it is nothing” (Gordon B. Hinckley, Ensign – May 2003, “Loyalty”).

You can be safe in knowing there is not an active Mormon thinking it is a fraud. This presents an interesting challenge: If the LDS Church is exactly what it claims to be, then everything about their history, their current teachings, and Joseph Smith must have 100% integrity for it to be God’s one and only true church. They must not err in one thing.

It is often the case that more challenging questions are dismissed, viewed as ones which have a hidden agenda. This means the LDS recipient feels you have lost interest in the truth (as they present it to you) and now only have a will to destroy the Mormon faith. This is normally because they have not done their research and feel you’re only attempting to avoid baptism by bringing up some old issue about the church that has been answered (by someone who knows) years ago. There are two problems with this assumption, 1) it might not be an old issue, and even if it is, 2) it might not have ever been properly answered by anyone.

In a speech during an LDS general conference, Mormon apostle, Jeffery R. Holland, stated: “For 179 years this book [The Book of Mormon] has been examined and attacked, denied and deconstructed, targeted and torn apart like perhaps no other book in modern religious history – perhaps like no other book in any religious history. And still it stands. Failed theories about its origins have been born and parroted and have died – from Ethan Smith to Solomon Spalding to deranged paranoid to cunning genius. None of these frankly pathetic answers for this book has ever withstood examination because there is no other answer than the one Joseph gave as its young unlearned translator” (Ensign – November 2009, “Safety for the Soul”).

Although eloquent in his delivery, Holland never mentions that the words have been proven to be true. They have been “examined and attacked, denied and deconstructed, targeted and torn apart.” The closest thing he offers to evidence of God’s approval is that the Book of Mormon “still stands” and that it “has ever withstood examination.”

Because a published work is still in print is no indication that it has not been exposed for the fraud that it is. This is the case with nearly everything that has come from the mind of Joseph Smith.

“[It] has ever withstood examination” is only true for those who are willing to accept the justifications proposed by Mormon apologists in behalf of their religion. A simple journey into the explanations given to justify controversial Mormon ideas unveils a complex web of reasoning that even the most devout Mormon finds hard to piece together.

It is rare for a Mormon authority to mention the names of either Ethan Smith or Solomon Spalding during an LDS general conference. Spalding’s relationship to Mormonism is difficult to prove, but Ethan Smith’s connection is firmly established by B.H. Roberts (see here), who is a highly regarded authority, and author of the Comprehensive History of the Church of Jesus Christ of Latter-day Saints.

Investigation of anything, for any reason, should be given the respect it deserves for asking questions of any kind. Mormons often cite “Prove all things: hold fast that which is good” (1 Thessalonians 5:21).

Yet they back down from discussions about the fact that Brigham Young taught Adam is God the father. They claim, ‘That old myth has been dismissed years ago!’

The reader will find many things in Mormonism have been dismissed; but very few explanations are ever given. The LDS church understands that the faithful saint will do as they’re told, and the older, unresolved issues will fade into the backdrop with no discussion; never to be thought of again.

The advent of the internet ensures this intentional deception is kept in check.

Ask every question that pops in your head. You might be shy, or you might be intimidated, but keep in mind: There is no such thing as a stupid question.

A faithful Mormon said: I’m not talking about those who have heard it asked (or maybe read it) and now wonder how this can be. I’m talking about people who are committed to trying to put LDS teachings in the most unfavorable light possible and attempting to persuade others that Mormon doctrine is heretical and should be ignored by others.

There are “people who are committed to trying to put LDS teachings in the most unfavorable light possible and attempting to persuade others that Mormon doctrine is heretical and should be ignored by others.” This might not mean their intentions are wrong, or their evidence is tainted by emotion. What is the obvious opposite of this? The LDS church should be shown in only a manipulated, favorable light as opposed to what is factual?

There can be no doubt, some go to great lengths to portray the LDS Church in an unfavorable light. Fortunately, this straw man argument falls flat on its face when compared to the amount of time, money and energy spent by the Mormon Church to keep its image in a favorable light. The expensive advertising campaign for the church cannot be compared to the limited budget of cheesy soundtracks and exclamation points offered by those who are desperate to expose the truth about Mormonism.

It is an often-practiced technique by Mormons to make those who offer an alternative view the real deceivers. Latter-day Saints are smug in this assumption because they are uneducated to the facts, and accept the church as being true: hook, line, and sinker. They often attempt to discredit the opposition before they have presented the facts and make it clear they have empirical knowledge on the subject by stating that the questioner has little or no understanding of the LDS concept of the plan of salvation. 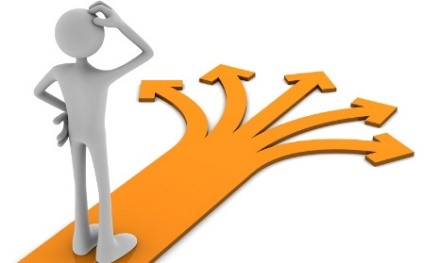