“I think that the Prophet Joseph Smith was right about the Church saving the Constitution. I believe every word of it. But I just don’t know how the Lord will bring this about. Will He use good priesthood brethren in high places in the military and government to give direction and counsel to our present leaders? Or will He give the prophet a revelation for us to move ahead and take command in some sense? It’s just hard to say when you don’t know what the Lord’s got up His sleeve. But I’m convinced that we are going to play a role like we’ve never before played in the shaping up of things in the world.

“I think that doors have already been opened and we’ve been the men the Lord has selected to walk through those doors…You put together the political, military, and ecclesiastical into a group of men and you’ve got super-human leaders.”

~Interview with an anonymous informant, Department of Defense, 1983, as quoted in John Heinerman and Anson Shupe’s The Mormon Corporate Empire, pages 177-178; 1985~ 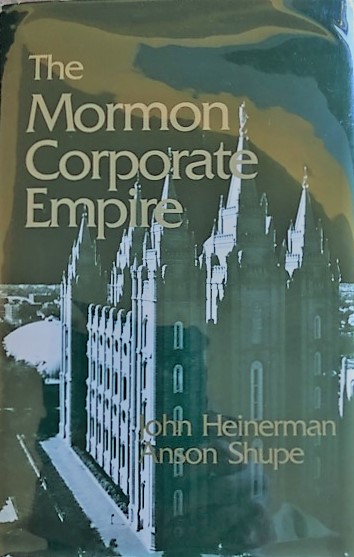