“We’ve seen zero evidence in Elder Oaks’ subsequent public speeches that he believes anything different than when he penned this quote 33[+] yrs ago. And he continues to direct Church policy to this end, hence the ‘November policy’… according to Elder Oaks and his bigoted policy suggestions, we would not have Michelangelo, Tchaikovsky, Aaron Copeland and Ellen, Oscar Wilde and Emily Dickinson, Plato or Alan Turing— arguably some of the most influential contributors to entertainment, literature, science which have shaped the ideals of society.” 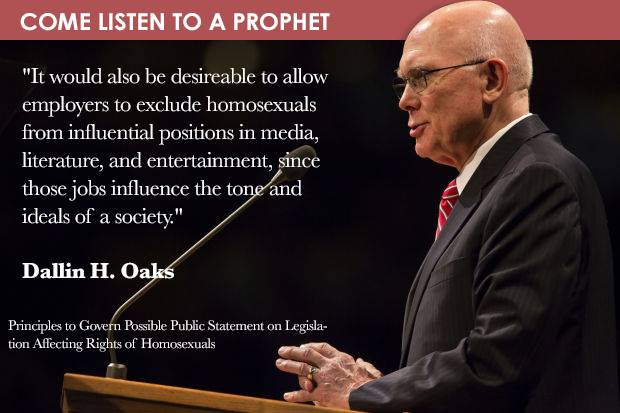