“In the early spring of 1857, Warren Snow was Bishop of the Church at Manti, Sanpete County, Utah.

“Bishop Snow was in his forties and already had several wives, but there was a fair young woman in the town that Snow also wanted for a wife. But the beautiful young girl told Snow that she was then engaged to a young man her same age, Thomas Lewis, a member of the Church. Consequently, she would not marry the old bishop. Bishop Snow, in Joseph Smith fashion, insisted that it was the will of God that she should marry him instead of Lewis. But the girl continued obstinate.

“The ward ‘teachers’ visited her and advised her to marry Bishop Snow. Then the ward authorities called on the young man and directed him to give up the young woman. This he steadfastly refused to do. Lewis was promised Church preferment, celestial rewards, and every other blessing they could think of to no purpose. He remained true to his fiancee, and said he would die before he would surrender his intended wife to the embraces of another.

“Then the bishop called Lewis to go on a mission to some distant locality, so that he would have no trouble in effecting his purpose of forcing the girl to become another of his wives. But Lewis also refused to go on a mission.

“‘When that is done, he will not be liable to want the girl badly, and she will listen to reason when she knows that her lover is no longer a man.’

“In May 1857 Bishop Warren S. Snow’s counselor wrote that the twenty-four-year-old Lewis ‘has now gone crazy after being castrated by the Bishop’ for an undisclosed sex crime.

“A month later upon hearing the news of what Bishop Snow had done, Church leader Brigham Young said, ‘I feel to sustain him,’ even though Young’s brother Joseph, a general authority, disapproved of the punishment. In July Brigham Young wrote a reassuring letter to the bishop about this castration: ‘Just let the matter drop, and say no more about it,’ the LDS president advised, ‘and it will soon die away among the people.’ 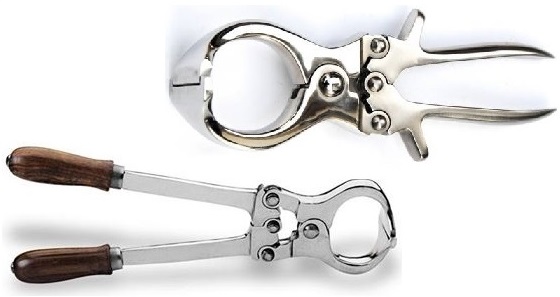