“In those early and perilous times, our men were few, and our resources limited. Poverty was among the most potent enemies we had to encounter; yet our arms were successful; and it may not be amiss to ask here, by whose power victory so often perched on our banner? It was by the agency of that same angel of God that appeared unto Joseph Smith, and revealed to him the history of the early inhabitants of this country, whose mounds, bones, and remains of towns, cities, and fortifications speak from the dust in the ears of the living with the voice of undeniable truth. This same angel presides over the destinies of America, and feels a lively interest in all our doings. He was in the camp of Washington; and, by an invisible hand, led on our fathers to conquest and victory; and all this to open and prepare the way for the Church and kingdom of God to be established on the western hemisphere, for the redemption of Israel and the salvation of the world.

“This same angel was with Columbus, and gave him deep impressions, by dreams and by visions, respecting this New World. Trammeled by poverty and by an unpopular cause, yet his persevering and unyielding heart would not allow an obstacle in his way too great for him to overcome; and the angel of God helped him–was with him on the stormy deep, calmed the troubled elements, and guided his frail vessel to the desired haven. Under the guardianship of this same angel, or Prince of America, have the United States grown, increased, and flourished, like the sturdy oak by the rivers of water.”

~Orson Hyde/President of the Quorum of the Twelve Apostles, Journal of Discourses 6:368. Delivered 4 July 1854 in the Salt Lake Tabernacle~ 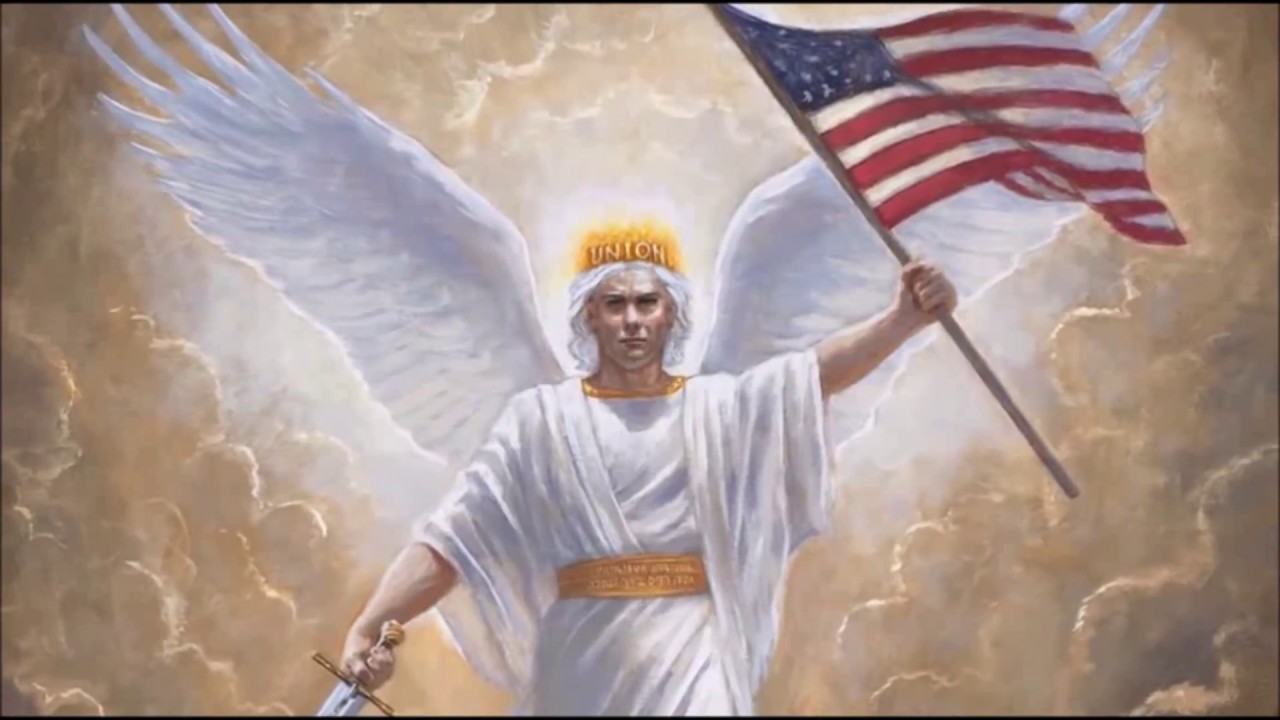