Upon publication, Bruce R. McConkie’s seminal work “Mormon Doctrine” became a staple in the libraries of most LDS homes during the last half of the 20th century. It was the ‘go-to’ source for all things LDS. Known as “The Stick of Bruce” in some circles, it was a kind of ‘Mormon Dictionary’ for doctrine.

Though there were a few General Authorities who found the book a bit terse, it was never enough to keep the general population from relying on it for explanations of ‘deeper’ issues. It was almost scripture for many of us. I mean, c’mon…the name is MORMON DOCTRINE.

As the years went by, and the World Wide Web became more accessible to the masses, the leaders of the church began to turn away from reflective, prayerful, doctrinal issues, and began to emphasize obedience over critical thinking or agency. Much to their chagrin, the internet has allowed the religion to be double-checked on its claims.

Deseret Book ceased printing the book in 2010 due to “poor sales,” though statistics showed otherwise. It was a clear indication that the church wanted to begin limiting access to the writings in the book, as it painted a picture of history that did not align with their 21st century plans. 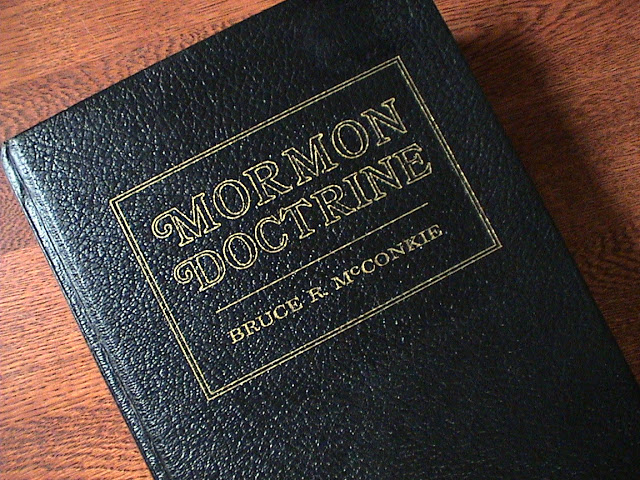