“One day as I was taking Orson [Pratt] and Luke [S. Johnson] down to my Grandfathers [near Sackett’s Harbor, New York] in the carriage; we were passing a spot where but a little time before a thief had hid some money and it could not be found; Luke said to me ‘hadn’t we better go and try? I think we will find it.’ I, not understanding his meaning replied I thought it not worthwhile to try. He said it was not, but Jo. Smith was said to be a great money digger and they were his followers. I often thought of that and thought he was a cunning man.” 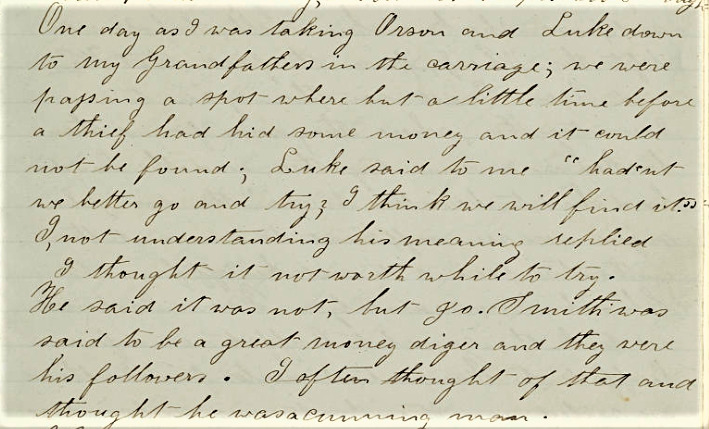