“Adam was the first man of all men; Ahman is one of the names by which God was known to Adam. Adam-ondi-Ahman, a name carried over from the pure Adamic language into English, is one for which we have not been given a revealed, literal translation. As near as we can judge – and this view comes down from the early brethren who associated with the Prophet Joseph Smith, who was the first one to use the name in this dispensation – Adam-ondi-Ahman means the place or land of God where Adam dwelt.

“Apparently the area included was a large one; at least, the revelations speak of the land, the valley, and the mountains of Adam-ondi-Ahman. They tell us that Christ himself ‘established the foundations of Adam-ondi-Ahman’ [D&C 78:15-16], and that it included the place now known as Spring Hill, Daviess County, Missouri [D&C 116].

“Far West, Missouri, also appears to be included in the land of Adam-ondi-Ahman. On 17 April 1838, the Lord commanded his saints to assemble at Far West, which place, he said, was holy ground; and there they were to build a city [D&C 115]. By July 8 of that year, William Marks and Newel K. Whitney had not left their temporal concerns in Kirtland, Ohio, and were not assembling with the saints coming to Zion. In rebuking them the Lord said this: ‘Is there not room enough on the mountains of Adam-ondi-Ahman, and on the plains of Olaha Shinehah, or the land where Adam dwelt, that you should covet that which is but the drop, and neglect the more weighty matters? Therefore, come up hither unto the land of my people, even Zion.’

“William Marks was told that he was to ‘preside in the midst of my people in the city of Far West,’ and Newel K. Whitney was told to ‘come up to the land of Adam-ondi-Ahman, and be a bishop unto my people’ [D&C 117].

“The early brethren of this dispensation taught that the Garden of Eden was located in what is known to us as the land of Zion, an area for which Jackson County, Missouri, is the center place. In our popular Latter-day Saint hymn which begins, ‘Glorious things are sung of Zion, Enoch’s city seen of old,’ we find William W. Phelps preserving the doctrine that ‘In Adam-ondi-Ahman, Zion rose where Eden was…’

“One of the greatest spiritual gatherings of all the ages took place in the valley of Adam-ondi-Ahman some 5,000 years ago, and another gathering – of even greater importance relative to this earth’s destiny – is soon to take place in that same location. Our revelations recite: ‘Three years previous to the death of Adam, he called Seth, Enos, Cainan, Mahalaleel, Jared, Enoch, and Methuselah who were all high priests, with the residue of his posterity who were righteous, into the valley of Adam-ondi-Ahman and there bestowed upon them his last blessing.

“And the Lord appeared unto them, and they rose up and blessed Adam, and called him Michael, the prince, the archangel. And the Lord administered comfort unto Adam, and said unto him: I have set thee to be at the head; a multitude of nations shall come of thee, and thou art a prince over them forever. And Adam stood up in the midst of the congregation; and, notwithstanding he was bowed down with age, being fill of the Holy Ghost, predicted whatsoever should befall his posterity unto the latest generation’ [D&C 107:53-56].” 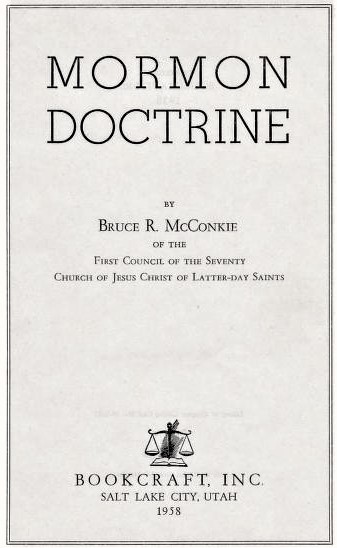