“In the beginning, after this earth was prepared for man, the Lord commenced his work upon what is now called the American continent, where the Garden of Eden was made. In the days of Noah, in the days of the floating of the ark, he took the people to another part of the earth: the earth was divided, and there he set up his kingdom.” 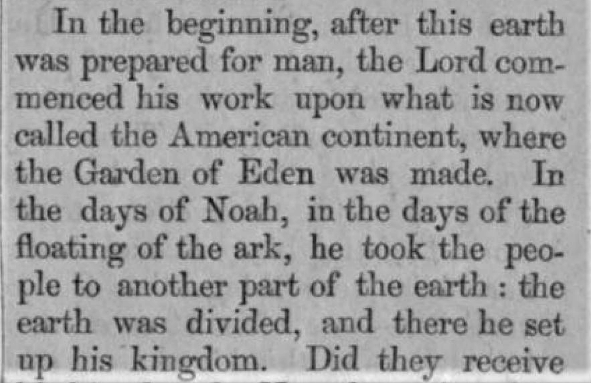