“Adam-ondi-Ahman, or ‘Diahman,’ as it is familiarly known to the Saints, is located on the north bank of Grand River. It is situated, in fact, in a sharp bend of that stream. The river comes sweeping down from the northwest and here makes a sudden turn and runs in a meandering course to the northeast for some two or three miles, when it as suddenly makes another bend and flows again to the southeast. Grand River is a stream that has worn a deep channel for itself, and left its banks precipitous; but at ‘Diahman’ that is only true of the south bank. The stream as it rushes from the northwest, strikes the high prairie land which at this point contains beds of limestone, and not being able to cut its way through, it veered off to the northeast, and left that height of land standing like palisades which rise very abruptly from the stream to a height of from fifty to seventy-five feet. The summit of these bluffs is the common level of the high rolling prairie, extending off in the direction of Far West. The bluffs on the north bank recede some distance from the stream, so that the river bottom at this point widens out to a small valley. The bluffs on the north bank of the river are by no means as steep as those on the south, and are covered with a light growth of timber. A ridge runs out from the main line of the bluffs into the river bottom some two or three hundred yards, approaching the stream at the point where the bend of the river is made. The termination of the bluff is quite abrupt, and overlooks a considerable portion of the river bottom…”

“North of the ridge on which the ruins of the [Adam’s] altar were found, and running parallel with it, is another ridge, separated from the first by a depression varying in width from fifty to a hundred yards. This small valley with the larger one through which flows the Grand River, is the valley of Adam-ondi-Ahman.” 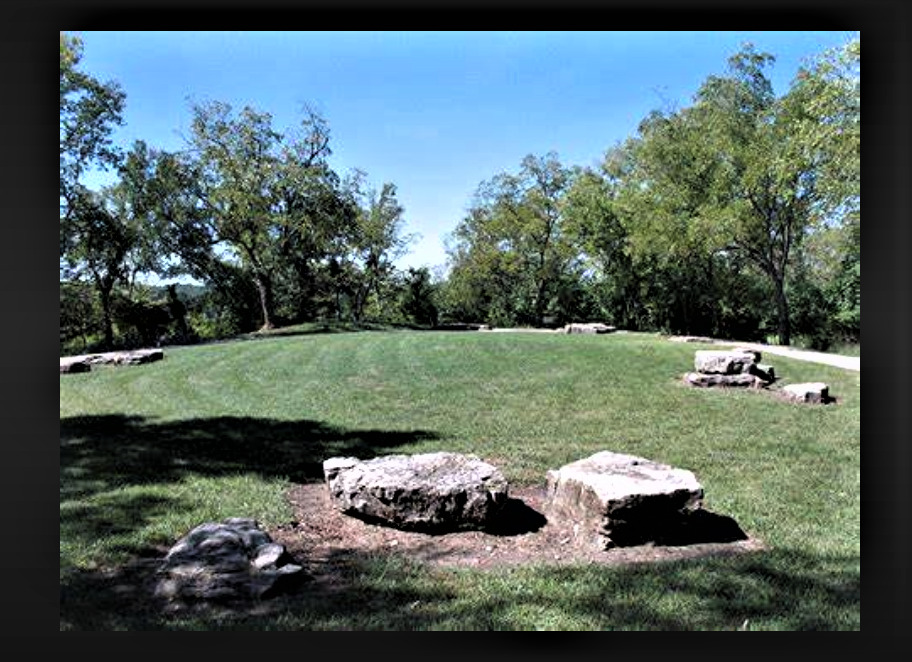