In the unedited, handwritten, Original Manuscript (OM), Nephi prays, “O lord according to my faith which is in me…” (1 Nephi 7:17). In the Printer’s Manuscript (PM) the word ME is written as THEE, and it was included in the 1830 addition as THEE also (see page 18); since the PM was used for typesetting this portion of the book.

Every authorized copy of the Book of Mormon ever printed uses the word THEE.

In “Analysis of Textual variants on the Book of Mormon” (1:151) LDS author Royal Skousen chooses to retain the word ME as the real intent of the prayer. It later appears in “The Book of Mormon: The Earliest Text” as well (page 20). What makes this even more odd is that this portion of the OM was written by an “unknown” scribe, but was later corrected by Oliver Cowdery to read THEE.

Two questions come to mind: If the church’s utmost authority on the Book of Mormon (R. Skousen) maintains the word should be ME, then why has it never been corrected? And/or then: Doesn’t Nephi’s prayer show at least a slight sense of self-aggrandizement using the word ME? 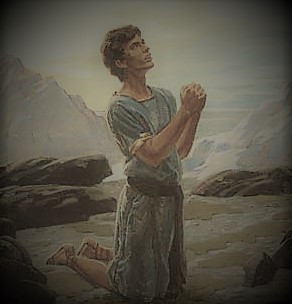