“[O]n Sunday, 25 November 1990, I was taken into the most exquisite of environments. I was surrounded with sweet light on all sides, with the capacity to view things as they really are. I was seated, and two brilliant Personages came into view, walking up to the side and behind me. They laid their hands upon my head. Two others appeared and walked up in front of me. They joined the first two, and likewise laid their hands upon my head. They were glorious beings, clothed in white robes which hung nigh to their ankles. They had white hair and beards. They were bare footed and all of them were slender. Indeed, they were resurrected Gods; for they were the grand patriarchs Enoch, Noah, Abraham and Moses – each one a dispensation head. With the Prophet Enoch as voice, they did what John the Revelator foresaw: these Angels began the great work of the very last days as described in the Book of Revelation, seventh chapter, and plainly declared by the Prophet Joseph Smith in Doctrine and Covenants 77, verses 8-11. Once again, the everlasting gospel was committed to man on earth by the angels of God. As a high priest, I was ordained under their hands unto the holy order of God, to administer the everlasting gospel and to bring as many as will come to the church of the Firstborn. The Apostleship and keys of the Kingdom were given to conclude the work of the last dispensation; to reclaim the true house of Israel, to redeem Zion and repossess the earth. All praise, honor and glory be to Adam, our father and God, and to Jesus Christ, the mediator of the new covenant!”

Jim Harmston – Prophet of the True and Living Church of Jesus Christ of Saints of the Last Days, Testimony of the Prophet (Manti, UT: TLCfaith.org, 1996). 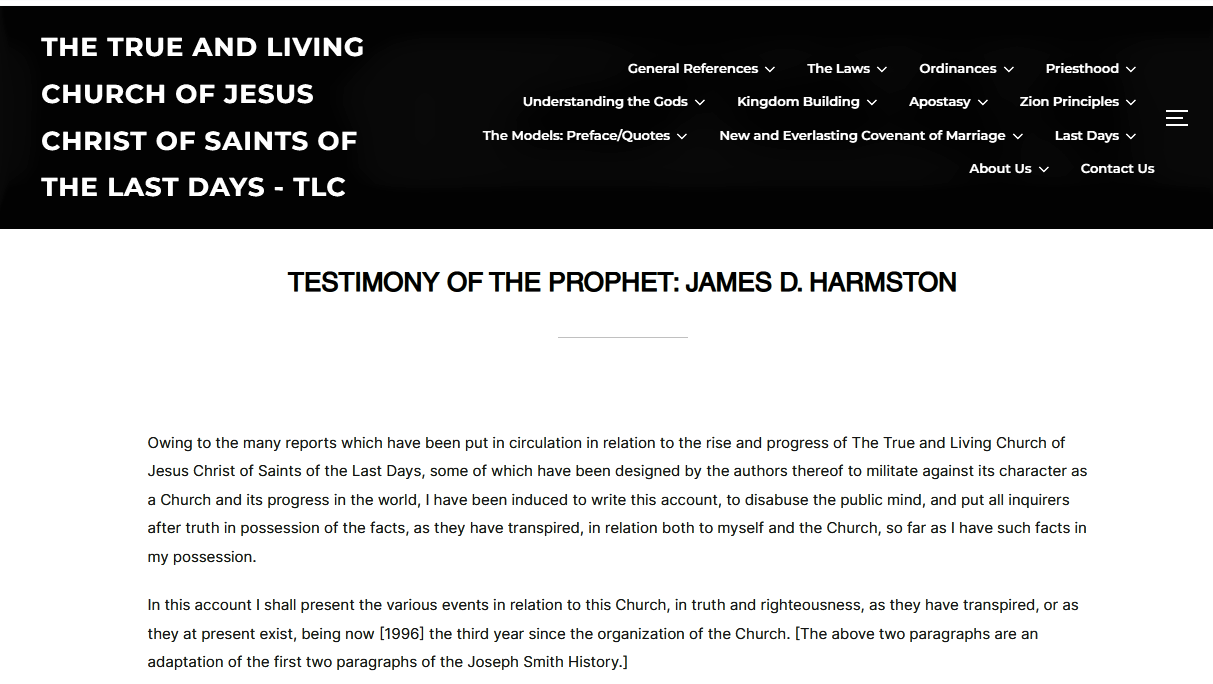