It’s disturbing (and rightly so) that the church is so embarrassed by Joseph Smith marrying a 14-year-old that they ‘couch’ the language to lessen the blow on their website, stating:

“Helen Mar Kimball, daughter of Joseph’s close friends Heber C. and Vilate Murray Kimball, who was sealed to Joseph several months before her 15th birthday. Marriage at such an age, inappropriate by today’s standards…”

…but apparently not too young by God’s standards? 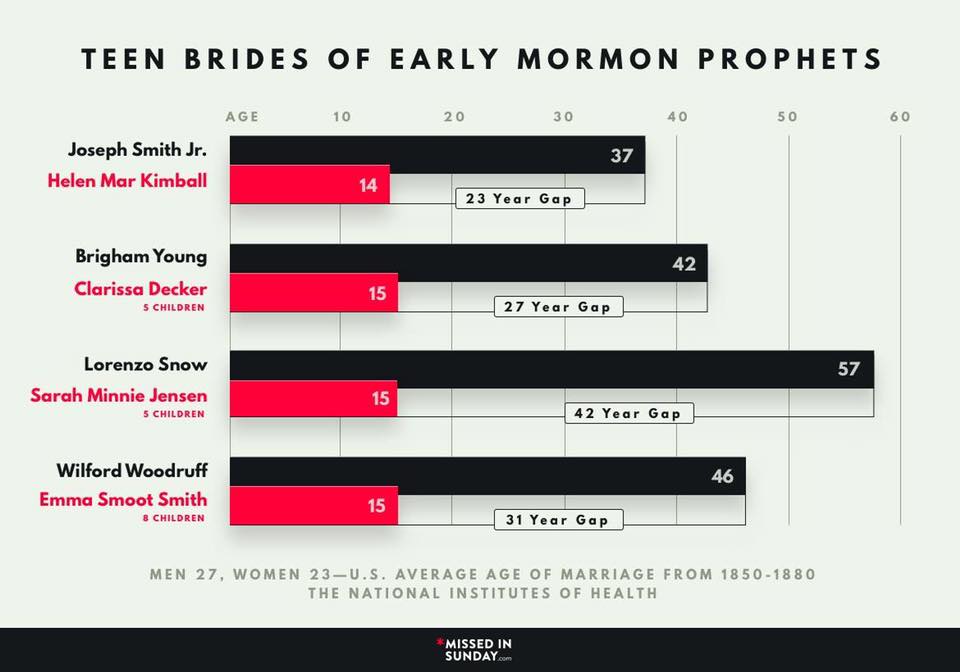