One of the easiest ways to spot mind control in action is to observe what happens in testimony meetings. It’s an opportunity for people to transform subjective ideas into miracles. Although most members don’t ‘buy into’ every speculation presented, with time and persistence, it becomes increasingly difficult to dismiss them all…and then you’re trapped.

Joseph Smith was fully aware he was advancing a lie, so he would constantly remind us (from cover to cover) that what we were reading was TRUE. Three verses into the Book of Mormon he states, “I know that the record which I make is true” (1 Nephi 1:3). Then, with six verses left to the end of the volume, he closes with “that which I have written is true” (Moroni 10:29).

Although there are a couple of examples of this type of claim in the Bible, it is far less utilized as a tool to convince the masses.

Joseph’s numerous ‘reminders’ to trust him also extend to his veiled back-peddling about the ‘Book of Lehi;’ a patchwork quilt of references to the missing 116 pages, as if it’s a fulfilled prophecy. So clumsy, as to be one of the most embarrassing aspects of the book.

In 3rd Nephi, he reminds the reader “a shorter but true account was given by Nephi” (3 Nephi 5:9). The words “but true” are so obviously out of place, it makes the aim of the sentence ridiculous.

There are more than thirty instances of this type of ‘reminder’ within the pages of the Book of Mormon. It plainly reverberates in the witness testimonies as well.

There can be little doubt as to the talent Joseph possessed at storytelling. I’m certain some of these passages were dictated to Oliver Cowdery as reminders ‘to himself’ that he was inspired.

Most volumes of non-fiction do not constantly bombard the reader with reminders about their reality. The fact that Joseph does this so frequently is a ‘tell’ that the Book of Mormon is false. Here are 30 examples:

1 Nephi 22:30 – Wherefore, my brethren, I would that ye should consider that the things which have been written upon the plates of brass are true; and they testify that a man must be obedient to the commandments of God.

2 Nephi 11:3 – And my brother, Jacob, also has seen him as I have seen him; wherefore, I will send their words forth unto my children to prove unto them that my words are true. Wherefore, by the words of three, God hath said, I will establish my word. Nevertheless, God sendeth more witnesses, and he proveth all his words.

Mosiah 1:6 – O my sons, I would that ye should remember that these sayings are true, and also that these records are true. And behold, also the plates of Nephi, which contain the records and the sayings of our fathers from the time they left Jerusalem until now, and they are true; and we can know of their surety because we have them before our eyes.

Mosiah 2:35 – And also, all that has been spoken by our fathers until now. And behold, also, they spake that which was commanded them of the Lord; therefore, they are just and true.

Mosiah 8:9 – And for a testimony that the things that they had said are true they have brought twenty-four plates which are filled with engravings, and they are of pure gold.

Mosiah 17:9 – Now Abinadi said unto him: I say unto you, I will not recall the words which I have spoken unto you concerning this people, for they are true; and that ye may know of their surety I have suffered myself that I have fallen into your hands.

Alma 3:12 – And it is they who have kept the records which are true of their people, and also of the people of the Lamanites.

Alma 5:45-48 – And this is not all. Do ye not suppose that I know of these things myself? Behold, I testify unto you that I do know that these things whereof I have spoken are true. And how do ye suppose that I know of their surety? Behold, I say unto you they are made known unto me by the Holy Spirit of God. Behold, I have fasted and prayed many days that I might know these things of myself. And now I do know of myself that they are true; for the Lord God hath made them manifest unto me by his Holy Spirit; and this is the spirit of revelation which is in me. And moreover, I say unto you that it has thus been revealed unto me, that the words which have been spoken by our fathers are true, even so according to the spirit of prophecy which is in me, which is also by the manifestation of the Spirit of God. I say unto you, that I know of myself that whatsoever I shall say unto you, concerning that which is to come, is true; and I say unto you, that I know that Jesus Christ shall come, yea, the Son, the Only Begotten of the Father, full of grace, and mercy, and truth. And behold, it is he that cometh to take away the sins of the world, yea, the sins of every man who steadfastly believeth on his name.

Alma 10:10 – And again, I know that the things whereof he hath testified are true; for behold I say unto you, that as the Lord liveth, even so has he sent his angel to make these things manifest unto me; and this he has done while this Alma hath dwelt at my house.

Alma 12:37 – And now, my brethren, seeing we know these things, and they are true, let us repent, and harden not our hearts, that we provoke not the Lord our God to pull down his wrath upon us in these his second commandments which he has given unto us; but let us enter into the rest of God, which is prepared according to his word.

Alma 34:7-8 – My brother has called upon the words of Zenos, that redemption cometh through the Son of God, and also upon the words of Zenock; and also he has appealed unto Moses, to prove that these things are true. And now, behold, I will testify unto you of myself that these things are true. Behold, I say unto you, that I do know that Christ shall come among the children of men, to take upon him the transgressions of his people, and that he shall atone for the sins of the world; for the Lord God hath spoken it.

3 Nephi 5:9 – But behold there are records which do contain all the proceedings of this people; and a shorter but true account was given by Nephi.

3 Nephi 5:18 – And I know the record which I make to be a just and a true record; nevertheless there are many things which, according to our language, we are not able to write.

3 Nephi 8:1 – And now it came to pass that according to our record, and we know our record to be true, for behold, it was a just man who did keep the record—for he truly did many miracles in the name of Jesus; and there was not any man who could do a miracle in the name of Jesus save he were cleansed every whit from his iniquity—

3 Nephi 17:25 – And the multitude did see and hear and bear record; and they know that their record is true for they all of them did see and hear, every man for himself; and they were in number about two thousand and five hundred souls; and they did consist of men, women, and children.

3 Nephi 18:37 – And the multitude heard not the words which he spake, therefore they did not bear record; but the disciples bare record that he gave them power to give the Holy Ghost. And I will show unto you hereafter that this record is true.

Ether 5:3 – And unto three shall they be shown by the power of God; wherefore they shall know of a surety that these things are true.

Moroni 4:1 – The manner of their elders and priests administering the flesh and blood of Christ unto the church; and they administered it according to the commandments of Christ; wherefore we know the manner to be true; and the elder or priest did minister it—

Moroni 7:35 – And now, my beloved brethren, if this be the case that these things are true which I have spoken unto you, and God will show unto you, with power and great glory at the last day, that they are true, and if they are true has the day of miracles ceased?

Moroni 10:4 – And when ye shall receive these things, I would exhort you that ye would ask God, the Eternal Father, in the name of Christ, if these things are not true; and if ye shall ask with a sincere heart, with real intent, having faith in Christ, he will manifest the truth of it unto you, by the power of the Holy Ghost.

Moroni 10:29 – And God shall show unto you, that that which I have written is true.

Testimony of Three Witnesses – Be it known unto all nations, kindreds, tongues, and people, unto whom this work shall come: That we, through the grace of God the Father, and our Lord Jesus Christ, have seen the plates which contain this record, which is a record of the people of Nephi, and also of the Lamanites, their brethren, and also of the people of Jared, who came from the tower of which hath been spoken. And we also know that they have been translated by the gift and power of God, for his voice hath declared it unto us; wherefore we know of a surety that the work is true. And we also testify that we have seen the engravings which are upon the plates; and they have been shown unto us by the power of God, and not of man. And we declare with words of soberness, that an angel of God came down from heaven, and he brought and laid before our eyes, that we beheld and saw the plates, and the engravings thereon; and we know that it is by the grace of God the Father, and our Lord Jesus Christ, that we beheld and bear record that these things are true. And it is marvelous in our eyes. Nevertheless, the voice of the Lord commanded us that we should bear record of it; wherefore, to be obedient unto the commandments of God, we bear testimony of these things. And we know that if we are faithful in Christ, we shall rid our garments of the blood of all men, and be found spotless before the judgment-seat of Christ, and shall dwell with him eternally in the heavens. And the honor be to the Father, and to the Son, and to the Holy Ghost, which is one God. Amen.

Testimony of Eight Witnesses – Be it known unto all nations, kindreds, tongues, and people, unto whom this work shall come: That Joseph Smith, Jun., the translator of this work, has shown unto us the plates of which hath been spoken, which have the appearance of gold; and as many of the leaves as the said Smith has translated we did handle with our hands; and we also saw the engravings thereon, all of which has the appearance of ancient work, and of curious workmanship. And this we bear record with words of soberness, that the said Smith has shown unto us, for we have seen and hefted, and know of a surety that the said Smith has got the plates of which we have spoken. And we give our names unto the world, to witness unto the world that which we have seen. And we lie not, God bearing witness of it. 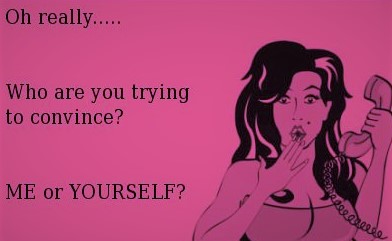