“[T]here are speculations which touch the origin of life and the relationship of God to his children. In a very limited degree that relationship has been defined by revelation, and until we receive more light upon the subject we deem it best to refrain from the discussion of certain philosophical theories which rather destroy than build up the faith of our young people. One thing about this so-called philosophy of religion that is very undesirable, lies in the fact that as soon as we convert our religion into a system of philosophy none but philosophers can understand, appreciate, or enjoy it. God, in his revelation to man, has made His word so simple that the humblest of men, without especial training, may enjoy great faith, comprehend the teachings of the Gospel, and enjoy undisturbed their religious convictions. For that rea- son we are averse to the discussion of certain philosophical theories in our religious instructions… we are deciding a question of propriety and are not undertaking to say how much of evolution is true, or how much is false. We think that while it is a hypothesis, on both sides of which the most eminent scientific men of the world are arrayed, that it is folly to take up its discussion in our institutions of learning; and we can not see wherein such discussions are likely to promote the faith of our young people. On the other hand we have abundant evidence that many of those who have adopted in its fulness the theory of evolution have discarded the Bible, or at least refused to accept it as the inspired word of God. It is not, then, the question of the liberty of any teacher to entertain whatever views he may have upon this hypothesis of evolution, but rather the right of the Church to say that it does not think it profitable or wise to introduce controversies relative to evolution in its schools. Even if it were harmless from the stand-point of our faith, we think there are things more important to the daily affairs of life and the practical welfare of our young people. The Church itself has no philosophy about the modus operandi employed by the Lord in His creation of the world, and much of the talk therefore about the philosophy of Mormonism is altogether misleading.” 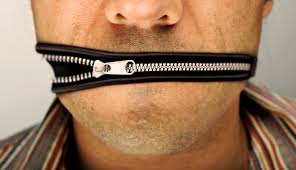