“In magazines and books, on CDs and tapes, on our television and theater screens is portrayed more and more often a lifestyle that might even rival the excesses of those who lived in Sodom and Gomorrah… One of the great tragedies is that too many [members] are watching and listening to this type of so-called entertainment. Some do it only casually at first. They think they are spiritually strong and will be immune to its influence. This trash is nothing more nor less than pornography dressed in one of its many imitation robes of splendor – one of the master counterfeiter’s best products… many [members] do not recognize they are trapped or soon will be… They see this as a form of entertainment that serves as a relief from the troubles of the day. In point of fact and in reality, it is only relieving them of their spirituality and their capacity to draw on the powers of heaven in times of need… no [one] can look at, read about, or listen to such explicit vulgarity, even in its mildest form, without bringing sorrow to a loving God and a terrible injury to one’s own spirit… I plead with you to leave it alone. Stay away from any movie, video, publication, or music – regardless of its rating – where illicit behavior and expressions are a part of the action.” 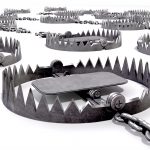