LDS RESPONSE:  Lucifer is rebuked and expelled both times that he is portrayed in the temple enactment scenes and his dialogue is only a small portion of the total temple ceremony.

REALITY:  The word “dominates” is a curious one. If the design of the person making the CHARGE is to insinuate that the role of Lucifer is respected in the temple then the CHARGE is false. However, there is some merit if the objective is to say that his presence “dominates” during the endowment ceremony. I might use a word like “prominent” as opposed to “dominate.” Lucifer gets just about equal air-time as “Adam and Eve” or “Peter, James and John” do.

If you’re keeping score and it matters to you, and if memory serves me correctly, God the Father and Jesus Christ (Elohim & Jehovah) are never seen during the film (they both show up in the LIVE version in the Salt Lake Temple) whereas Lucifer is certainly one of the main actors during the film.

If you’re really bent on keeping score then the best thing to do is take a ‘Lucifer word count’ for yourself by reading the ceremony at www.irr.org/mit/endowment-ceremony.html

UPDATE – 16 September 2018: As of (at least) 2012, the temple film DOES depict Elohim and Jehovah. There is no indication that their ‘air-time’ has grown to equal or exceed that of Satan/Lucifer in the presentation. 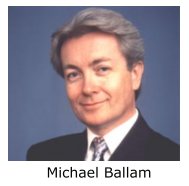