“In 1820, a young farm boy in search of truth has a vision of God the Father and Jesus Christ.”

This has been the narrative for many years, even though it has been well documented that it is an error; being an afterthought of Joseph Smith. Other historical accounts make it impossible to believe 1820 is plausible.

Joseph Smith never did present a consistent story regarding the First Vision. At least three distinct and often contradicting stories were told by him. Joseph’s only handwritten account of the event does not even mention the appearance of God or Jesus.

The version of the First Vision the LDS Church uses was not written until 1838, many years after the event supposedly took place.

Perhaps one of the most damaging evidences that Joseph Smith did not see the Father and the Son in 1820 is the fact that on 22-23 September 1832 Joseph Smith claimed to have a revelation which stated a man could not see God without the priesthood:

“And without the ordinances thereof, and the authority of the priesthood, the power of godliness is not manifest unto men in the flesh; for without this no man can see the face of God, even the Father, and live.”

“The truth is this: that without the priesthood of Melchezedek, no man can see God and live.”

“The Father and the Son appeared to the Prophet Joseph Smith before the Church was organized and the priesthood restored to the earth.”

The revelation given in 1832 seems to show Joseph Smith’s story of the First Vision was developed at least ten years after it was supposed to have occurred. Joseph Smith did not even claim to have the priesthood in 1820, and the Doctrine and Covenants clearly states that without the priesthood no man can see God and live. So, according to the Doctrine and Covenants, Joseph Smith could not have seen the Father and the Son in 1820.

The description of the vision was first published by Orson Pratt in his Remarkable Visions book in 1840, twenty years after it was supposed to have occurred. Between 1820 and 1840 Joseph’s friends were writing long panegyrics; his enemies were defaming him in an unceasing stream of affidavits and pamphlets, and Joseph himself was dictating several volumes of Bible-flavored prose. No one in this long period even intimated that he had had the story of the two Gods.

RE-rewrite: “In the early 1820s, a young farm boy in search of truth received a heavenly dream.” 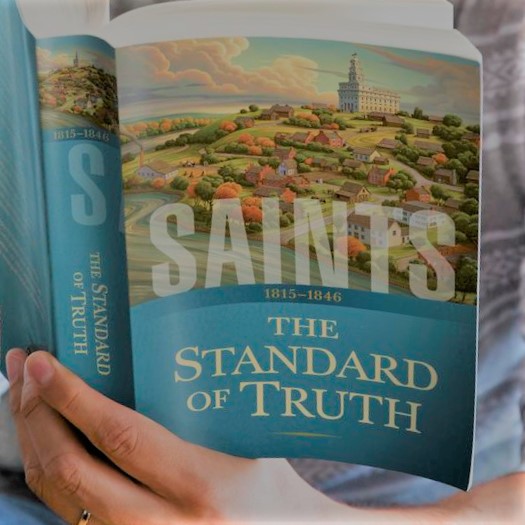