“No member of the Church has the right to publish any doctrines, as the doctrines of the Church of Jesus Christ of Latter-day Saints, without first submitting them for examination and approval to the First Presidency and the Twelve. There is but one man upon the earth, at one time, who holds the keys to receive commandments and revelations for the Church, and who has the authority to write doctrines by way of commandment unto the Church.”

Orson Pratt, who once demurred, cowered four days after this proclamation:

“[I] embrace the present opportunity of publicly expressing my most sincere regret, that I have ever published the least thing which meets with the disapprobation of the highest authorities of the Church.” 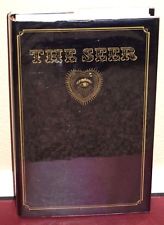