The evolving nature of the conflict between good and evil was the subject of an address by Elder Russell M. Nelson of the Quorum of the Twelve to New England-area young adults 10 June 2010 in Boston, Mass.

In front of more than 400 young adults assembled at the Sheraton Boston Hotel, Elder Nelson taught that the battle with the adversary is also a struggle between conflicting religious systems of belief: theistic, or godly forces, and atheistic, ungodly or satanic forces.

Elder Russell M. Nelson of the Quorum of the Twelve addresses young single adults and high school graduates from the New England area. More than 400 young adults heard Elder Nelson stress the need for spiritual strength in the face of opposition from atheistic forces abounding in the world. “Theistic forces, be they Islamic, Jewish, Catholic, Protestant or Mormon, teach that there is an absolute right and wrong,” he said. “Theistic forces have an ethic that reveres the righteous judgments of a loving God and obeys civil and divine law voluntarily.

“As a God-fearing person, you know that even if the police don’t catch you if you were to steal, murder or commit adultery, these acts are wrong and God will ultimately hold you accountable. You know, just as your ancestors knew, that the consequences for not playing by the rules are not only temporal, but also eternal.”

“If that happens,” Elder Nelson warned, “the theistic and noble concept of freedom of religion could be twisted and turned to become an atheistic freedom from religion. Such an unbalanced policy could sweep out the theistic forces that have been responsible for our society’s success, and leave the field wide open to atheistic ideology, secularism and huge losses for each of us.”

To illustrate, Elder Nelson compared theistic and atheistic responses to current global economic crises. Blaming them on overpopulation of the earth, as some have done, comes from an atheistic mindset intent on attacking the family.

“In contrast,” he said, “we as Latter-day Saints teach of the sanctity of life, the virtue of families and the truth of God’s declaration that the earth has enough and to spare (Doctrine and Covenants 104:17). My counsel is that you put your trust in God. He has sent you to the earth to be happy. He wants you to love, to marry and to form families worthy of the blessing of His glory – that of eternal life.”

Another atheistic force attacking the family is that of pornography. Elder Nelson spoke strongly on the need to avoid its “insidious grasp” at all costs.

“I plead with you dear brothers and sisters to shun pornography absolutely,” he said. “It is as destructive as leprosy, as addictive as meth and as corrosive as lye.”

Elder Nelson further explained how atheistic principles have crept into debates on sensitive moral issues, such as same-gender marriage.

“For example, if you were a Christian schoolteacher, you could be charged with bigotry for upholding the Lord’s law of chastity. In truth, dear brothers and sisters, if you lose marriage, you also lose freedom of religion. Atheistic moral bedlam and religious repression go hand in hand.”

In spite of the growing power and influence of these atheistic forces, Elder Nelson reassured those in attendance that they can be overcome by personal righteousness.

“As you hold fast to the iron rod of the gospel you will gain strength to fulfill your divine destiny,” he said. “Be strong, stalwart soldiers in the army of God, protected by His divine armor, helmet of salvation and shield of faith.”

Such endurance, Elder Nelson added, has been or will be necessary for those who lead in the Church.

“Each Church leader you sustain as a prophet, seer and revelator has endured or will endure such an Abrahamic test,” he said. “At some time you, too, will also be tried and tested, even more than you already have been. Develop now a faith sufficient to sustain you through that difficult time.”

Elder Nelson concluded his remarks with an Apostolic blessing on those present to live and uphold the principles of the gospel.

“You are here to succeed, to grow, and to become all that you can be,” Elder Nelson said, “You are children of God, created in His image. You are defenders of the faith. You are united as one with us in the eternal cause of the Lord Jesus Christ.” 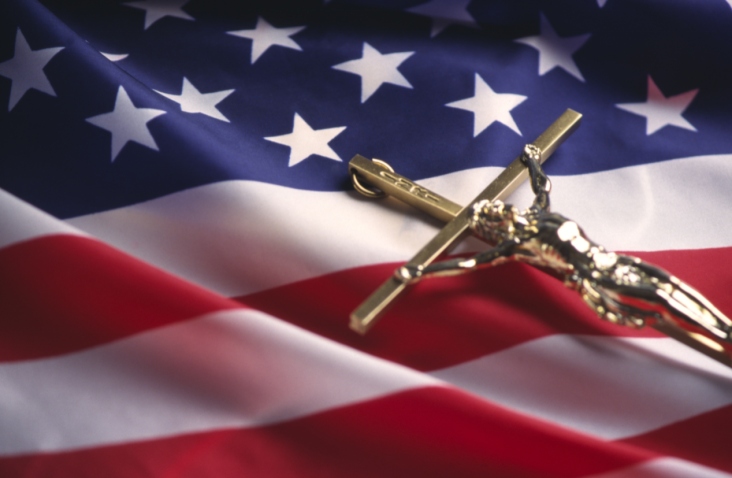