“On 10 October 2010 the Deseret News (Salt Lake City Newspaper) ran an article asking for people to show more ‘civility’ regarding the comments of Boyd K. Packer from the recent LDS conference.

“From the article: ‘The tactic is now all-too-familiar: take a statement out of context, embellish it with selective interpretation, presume hostile intent, and then use the distortion to isolate an entire group, in this case, a church.’

“The condescending nature of the words ‘The tactic is now all-too-familiar’ needs to be addressed first. This would lead the average LDS person to think ‘Boy do we ever know this routine all too well!’ I take issue with this on several levels. The two concepts I wish to bring to light are dismissal and ignorance. These two words really belong together because they happen so rapidly in succession one might hardly notice the difference.

“The effect in the Mormon mind which happens here is this: It’s just the ‘same old’ stuff that we’ve heard over-and-over and it’s certainly taken out of context. Continue to phase two; mind shut down.

“Even when the information is fresh, or the argument has additional new evidence behind it, and when it’s obvious to a Mormon that a person is defending the church (as this editorial did) and the ‘all-too-familiar’ card is played, the average Mormon will sink into the comfort zone of ‘Obedience makes thinking so much easier’ and the attention span is lost; thus, The Luxury of Dismissal into Ignorance (which we find especially prevalent today, not just among the LDS).

“I would like to add that the formula the editor is assuming above is one that is utilized far more frequently by the religious right than it is by any of those who stand for human rights. Is it ‘all-too-familiar’ for them? I’ll let you decide.

“Take a Statement Out of Context: Wow! There are so many! For the sake of argument, let’s just say: flamboyant activities at the Pride Day celebration.

“Use the Distortion to Isolate an Entire Group: If you haven’t watched this video, then it’s time: en.wikipedia.org/wiki/8:_The_Mormon_Proposition

“Let’s review the four items from the article:

“Take a Statement Out of Context: The defenders of Mormonism almost always use ‘take a statement out of context’ as their first line of defense. For as many times as Mormons accuse their enemies of using this technique, the reality is that it rarely happens.

“Embellish it with Selective Interpretation: Embellish literally means “to intentionally deceive with nearly magical words of decoration.” I would remind the faithful of the LDS Church that their leaders are among the greatest offenders of this in organized religion. The editing process which happens daily to help “modify” history is an insult to anyone who looks to Mormonism for accurate descriptions of events throughout the years. You must always try to get the information before it has been modified by the Church. The video format of the 03 Oct 2010 speech by Boyd K. Packer has already been edited, and the written version published ‘officially’ in the LDS Church magazine The Ensign contains the edits. If you’d like to locate original LDS documents throughout history, visit: UTLM.org

“Presume Hostile Intent: I’m certain the writer of the article feels hostility is coming from those of us who disagree with the church rather than us feeling the comments by Boyd K. Packer are hostile. I do not doubt the dedication or the sincerity of Mormons regarding their moral beliefs. I do however disagree with how they project their nonsense on the world. Their lack of understanding of scientific matters is astounding, and their ability to sell it as truth is immoral. There are countless instances of gay and lesbian taunting, persecution, and ultimately ostracism at the hands of LDS authorities who don’t understand the science behind the sexuality. Most of the time we ‘non-members’ don’t view it as hostile but we certainly see it as ugly, hateful, intolerant, ignorant, disingenuous, intimidating, fear-laden, humiliating, condescending, and unbecoming in every way of a people who pretend to be God’s one and only true church.

“Use the Distortion to Isolate an Entire Group: If the three issues listed above were, in fact, true then this statement would have merit. However, since its false then there can be no distortion.

“The real distortion happens when a small minority of the world’s population is convinced that God speaks to them and that science will eventually catch up to their standard of superiority and vindicate their ideas.” 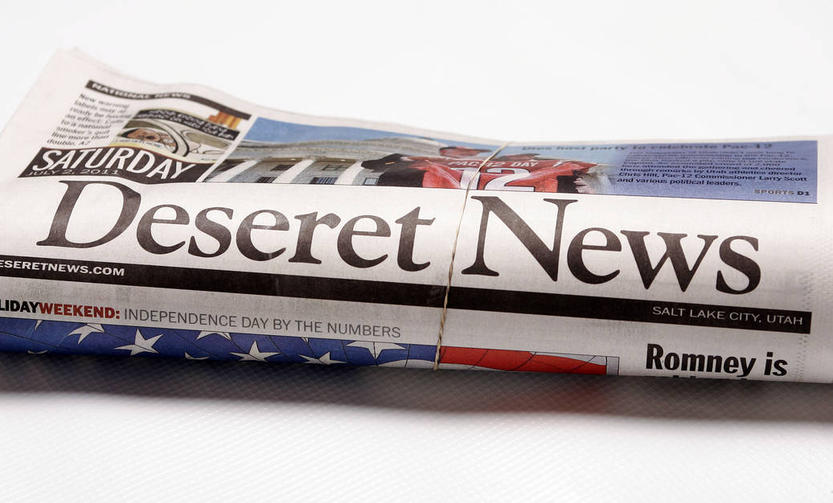