“We accept that as a statement which came to him [Joseph Smith’s vision in which he was told all other religions were ‘abominations’], which is printed, of course, and published in his history as a statement. But we go forward with a friendly relationship, with a respect for people everywhere and with an effort to accept them as we meet them and, where opportunity exists, to talk with them and explain to them what we believe… We don’t criticize them for what they believe. We accept the good that comes of that understanding which they have, but we feel we have something to offer beyond what they have.” 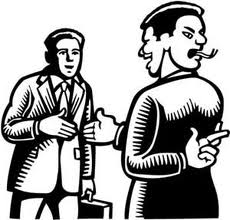