“This class of men, calling themselves Christian, uniting with the various forms of the pagan religion, adopting many of their ceremonies and institutions, became very popular, and finally some of the pagans embraced Christianity and were placed, as it were, upon the throne, and what they termed Christianity became very popular indeed. How long has this order of things existed, this dreadful apostacy, this class of people that pronounced themselves Zion, or Christians, without any of the characteristics of Zion? It has existed for some sixteen or seventeen centuries. It has spread itself and grown and gone into the four quarters of the earth. It is the great ecclesiastical power that is spoken of by the revelator John, and called by him the most corrupt and most wicked of all the powers of the earth, under the name of spiritual Babylon, or in other words Babel, which signifies confusion. This great and corrupt power is also represented by John as presenting a golden cup to the nations, full of all manner of filthiness and abominations.” 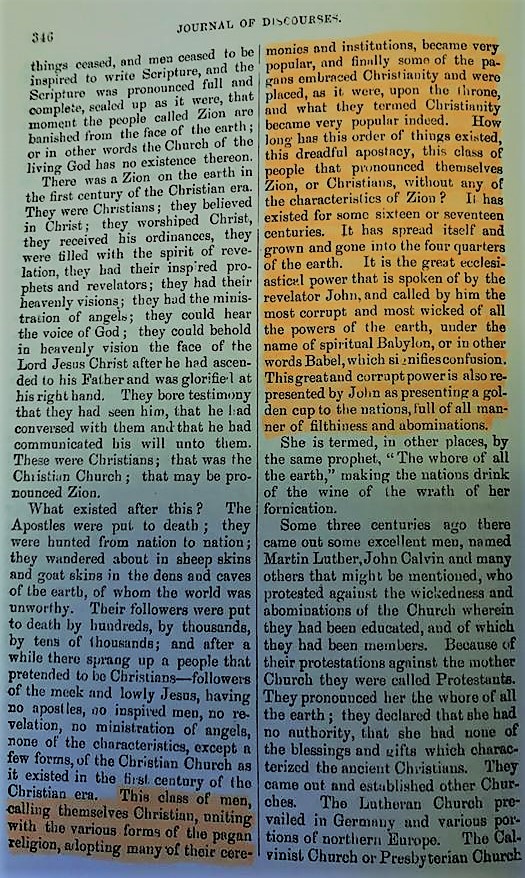