There have been numerous changes within Mormonism. The religion has modified or changed almost everything about the faith since its beginning. Nothing seems too sacred to be spared the knife.

How can Mormons justify all this adaptation when The Book of Mormon plainly states that God does not change; not even a “shadow” of change?

“And if there were miracles wrought then, why has God ceased to be a God of miracles and yet be an unchangeable Being? And behold, I say unto you he changeth not; if so he would cease to be God; and he ceaseth not to be God, and is a God of miracles.”

This helps explain a certain allegiance among some Mormons to the concept that God is perfect and not changing or evolving.

Evolving invokes the thought of evolution and Mormons question this scientific fact as much as evangelical Christians do. The term changing makes one think God is always up for the next best recipe for humanity and he is learning as time goes on.

Mormons prefer the term Eternal Progression since it encompasses everyone’s journey toward Godhood. They claim there comes a point where the individual has grown and learned everything that needs to be addressed and no longer needs to change or evolve. If one cannot evolve or change then how does one continually progress? The LDS explanation is: The way God progresses is through the growth of his children; as we do his will, his glory is added upon. 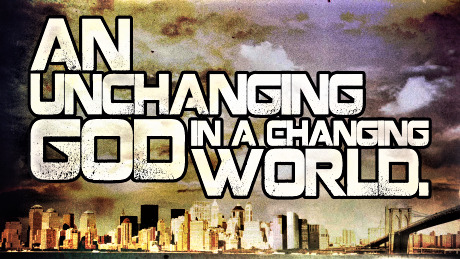