“Three apostles gave orders for my stake president to confiscate my temple recommend. Six years earlier, I had formally notified the First Presidency and the Managing Director of the Church Historical Department about my research on post-Manifesto polygamy and my intention to publish it. Now I was told that three apostles believed I was guilty of ‘speaking evil of the Lord’s anointed.’ The stake president was also instructed ‘to take further action’ against me if this did not ‘remedy the situation’ of my writing controversial Mormon history.

“I told my stake president that I would not tell colleagues or friends about this because I did not want to be the center of more publicity. However, I told the stake president that this was an obvious effort to intimidate me from doing history that might ‘offend the Brethren’ (to use Ezra Taft Benson’s phrase). I didn’t feel I should be punished for describing Mormon events which the current general authorities wished had never occurred. I said it was wrong-headed for them to confiscate my temple recommend, and that ‘I won’t be intimidated by anybody.’” 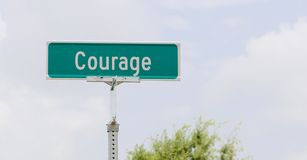