“In October 2013, LDS First Presidency Second Counselor Dieter F. Uchtdorft stated in his general conference address that LDS Church leaders had made mistakes. But he didn’t mention anyone or any mistakes in particular. Back then I wondered publicly if he was thinking of the mistake of leaders’ lying about the Church’s past? Or refusing to answer questions? Or being shamelessly arrogant? Or lining up in order of seniority to pee? I suppose all these are mistakes that could have been referred to by President Uchtdorf. But I wondered if he was sincere about more serious mistakes?

“I mentioned at least one mistake so serious it might warrant a church disciplinary tribunal of one or two men in the LDS Church’s top leadership.

“For example, wouldn’t an apostles’ conniving the excommunication of a group of believing members just to satisfy his lust for control and domination – wouldn’t such unChristian-like conduct unbecoming a leader constitute a mistake serious enough to warrant at least a trial on the stake level?

“Of course, such would never occur. And never did occur [P.T. says this sarcastically, as he was one of the 1993 ‘September Six’ excommunications].

“Thus, Uchtdorf’s message was hollow because the apostles never disciplined Boyd Packer for almost single-handedly ruining a great religion by treating it like the Air Force, or Bruce McConkie for his 1982 BYU rant against Jesus. Even now the apostles – Republicans all – remain silent supporters of Donald Trump, while withholding the salvific ordinances from the children of same-sex spouses and partners.

“When D. Michael Quinn is made an apostle installed and Margaret Toscano becomes 1st Counselor in the LDS Church First Presidency, then will I believe Church leaders are sincere about correcting their mistakes. Then will I believe they have finally rejected the corporate gospel that worships the bitch goddess success and are serious about reinstating the gospel of Christ in its place.

“Until then, Uchtdorf’s remarks remain nothing more than a corporate show worthy of the magician David Copperfield – smoke, mirrors and tricks.

“So long as the leaders see themselves as a de facto infallible board of directors of a multi-billion-dollar corporation, there will be no continuing revelation, no gospel, no forgiveness for members, no repentance by leaders–nothing. This is why Elder Dallin Oaks could announce no changes to be expected in Church doctrine or policy. (Hear that OrdainWomen!) For, apparently, withholding priesthood from women, contrary to the promises of the temple and of Joseph Smith, is not one of the LDS Church leaders’ mistakes, nor were their changes in the endowment ceremony, nor their shutting down the law of consecration and stewardship, nor their making common cause with homophobes, misogynists, anti-intellectuals, and the greediest elements of our national demographic, nor their failure to denounce Trump.” 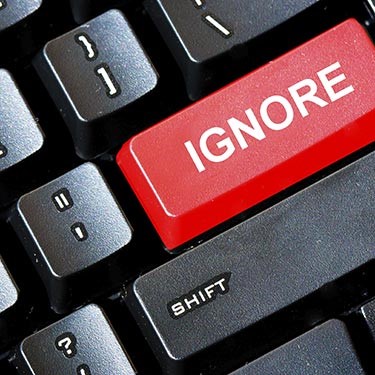